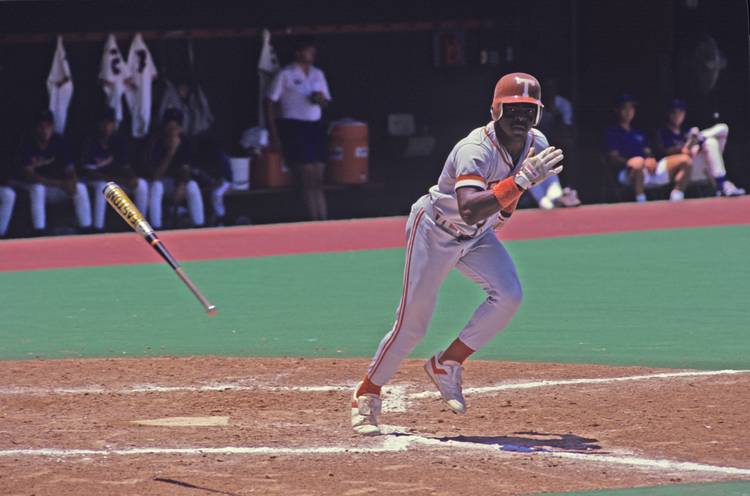 Throughout Black History Month, the American-Statesman will take a daily look at the black athletes who have had a lasting impact in Texas’ athletic department. Today, we are writing about baseball player Calvin Murray.

An outfielder at Texas from 1990-92, Murray went out with a bang. As a junior, Murray was both a first-team All-Southwest Conference and All-American honoree. He also became the first member of UT’s baseball program to play for the United States in the Olympics.

Among the all-time records on the 40 Acres, Murray ranks fifth in career runs scored (197). No Texas player has gotten within 40 steals of Murray, who swiped 139 career bags. Murray is also tied to UT’s first-, second- and third-best single-season marks in steals.

A Dallas native, Murray was a first-round draft pick out of high school. After choosing to instead attend Texas, Murray kept that first-round grade. Selected by San Francisco with the seventh overall pick in 1992, Murray went onto play five seasons in the major leagues.