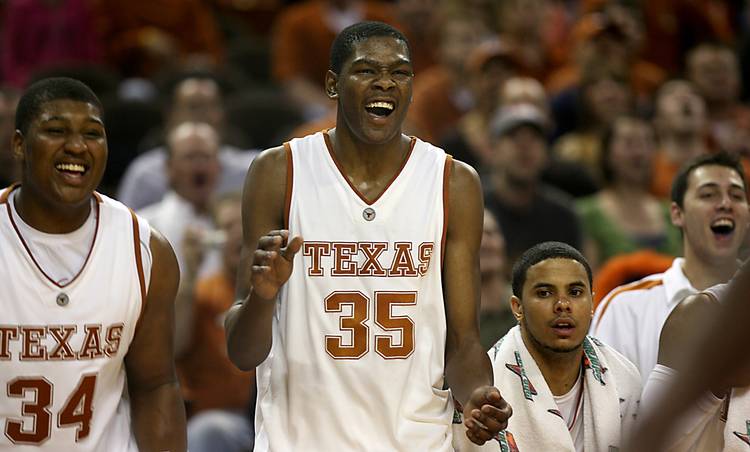 Kevin Durant celebrates a play by Texas during a game against Texas Tech at the Erwin Center on Feb. 20, 2007. (Rodolfo Gonzalez/American-Statesman)

Throughout Black History Month, the American-Statesman will take a daily look at the black athletes who have had a lasting impact in Texas’ athletic department. Today, we are writing about basketball player Kevin Durant.

Durant only spent one year at Texas, but he made his time count. How much of an impact did Durant have? Only nineteen Longhorns have had their numbers retired by UT’s athletic department, and Durant is one of those honorees.

No Longhorn has been drafted higher than Durant, who was the second overall pick in 2007. A 10-time all-star and one-time MVP, Durant has scored 27.0 points per game over his 12 NBA seasons. He has also won two NBA championships (2017, 2018) and two Olympic gold medals (2012, 2016). Durant, who signed with the Brooklyn Nets during the summer, is sitting out this season with an Achilles injury.