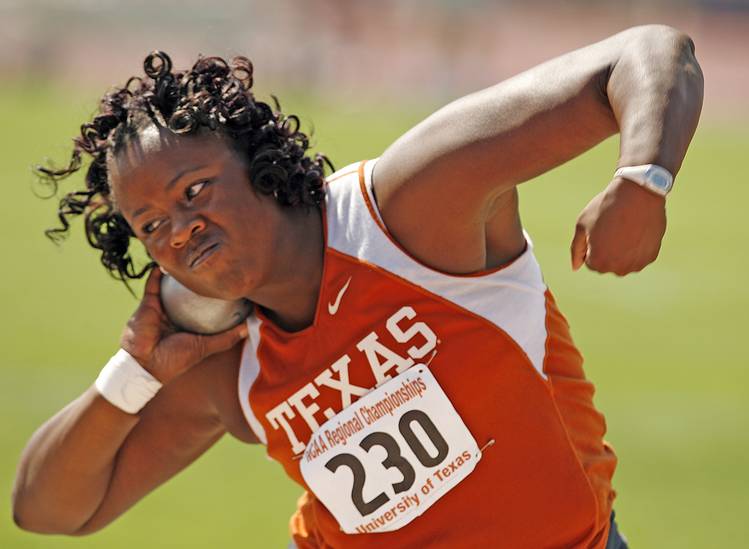 Throughout Black History Month, the American-Statesman will take a daily look at the black athletes who have had a lasting impact in Texas’ athletic department. Today, we are writing about track and field star Michelle Carter.

Only four Longhorns have won ever individual gold medals at the Olympics. Carter has a membership to that club. In 2016, Carter won a gold medal in the shot put. A throw of 20.63 meters in Rio gave Carter the gold during her third appearance at the Olympics.

Before she was shining for Team USA, Carter was a standout on Team Texas. A seven-time All-American in the shot put, Carter won the NCAA’s indoor championship in that event in 2006. She and Marshevet Hooker were the individual champions for a UT team that claimed a national title during the 2006 indoor season.

Carter competed a Texas from 2004-07, but her name was known at Myers Stadium before her arrival. The daughter of an Olympian and Super Bowl champion, Carter set the state record in the girls shot put while competing for Red Oak at the 2003 Class 4A meet. Carter still owns that record (54 feet, 10.75 inches) as well as UT’s best-ever throw in the indoor shot put (60 feet, 10.75 inches).