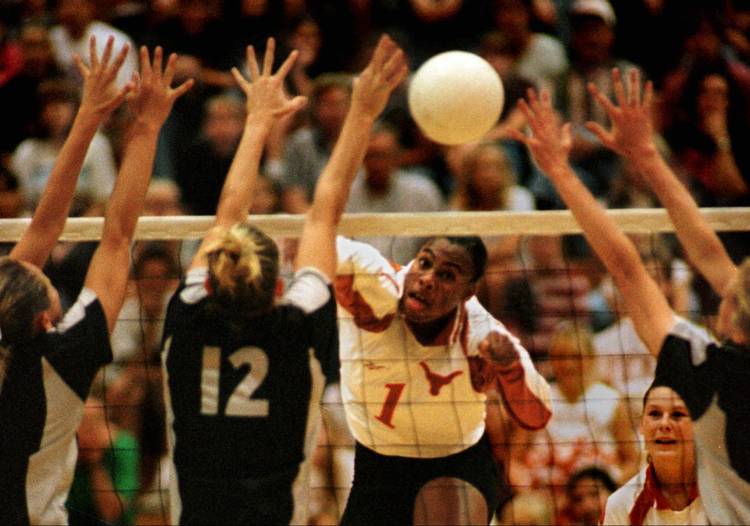 Throughout Black History Month, the American-Statesman will take a daily look at the black athletes who have had a lasting impact in Texas’ athletic department. Today, we are writing about volleyball player Demetria Sance.

Recruited out of San Antonio, Sance immediately had an impact on the 40 Acres. During her freshman year in 1995, Sance led Texas in both kills and digs and was Volleyball Magazine’s freshman of the year. With Sance emerging as an outside hitter, Texas reached the NCAA championship match.

Sance ended her collegiate career as UT’s all-time leader in kills and digs. Those standards of 2,103 kills and 1,614 digs have respectively been eclipsed by Mira Topic and Cat McCoy, but Sance still stands in elite company as one of the program’s four four-time All-Americans. Voted on an all-century team by the University Interscholastic League and the Big 12’s 10th Anniversary Team, Sance entered the Hall of Honor at Texas in 2007.

In 2000, Sance became the first Longhorn to make the United States’ Olympic volleyball team. After her career concluded, Sance got into education and coaching. She is currently the principal at San Antonio’s Southside High.