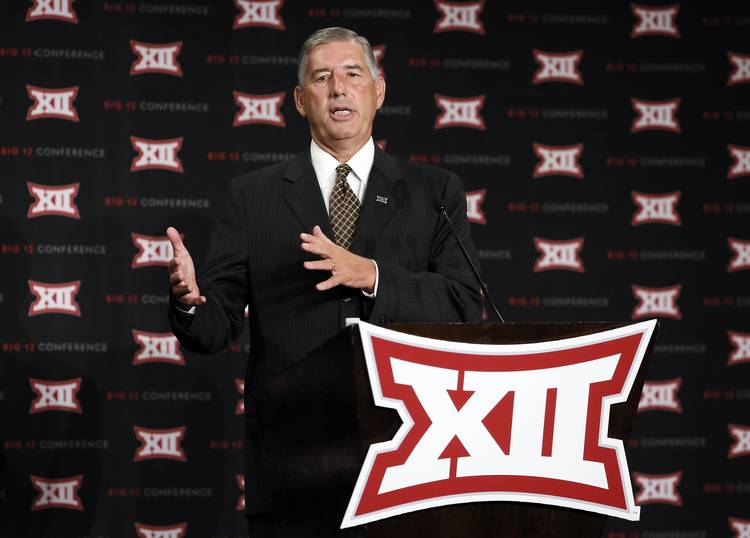 Big 12 commissioner Bob Bowlsby was on the University of Texas campus Tuesday talking the future of the conference to students in a question-and-answer session.

Some highlights from the full Statesman U blog post:

Bowlsby on expansion talks within the Big 12 schools:

“I think there are those who have come to the conclusion that we do need to get bigger. There are those who may feel otherwise. We don’t have any imperative for getting larger. We haven’t really spent any time thinking about who the candidates are, if there are any candidates. But there has been media speculation about it. It doesn’t take any genius to look around and see where there may be prospects.”

Bowlsby on whether Oklahoma or West Virginia (their school presidents are for expansion) could ever leave the Big 12:

“There are always those possibilities. … Right now, we’re distributing more on an individual level than any other conference.”

Bowlsby on if and/or when the conference will have a title game:

“I don’t know that we’ll take definitive steps there. I honestly don’t know where our ADs and presidents are on it right now. I imagine we’ll have a fairly spirited conversation. I just don’t feel like we’ll come to closure on it. On a practical level, we don’t have a venue at this point.”

For more comments from the commissioner including his thoughts on the Longhorn Network, a possible Big 12 network and the College Football Playoff, see the Statesman U blog post.

How many Longhorns have been on Super Bowl rosters? Glad you asked