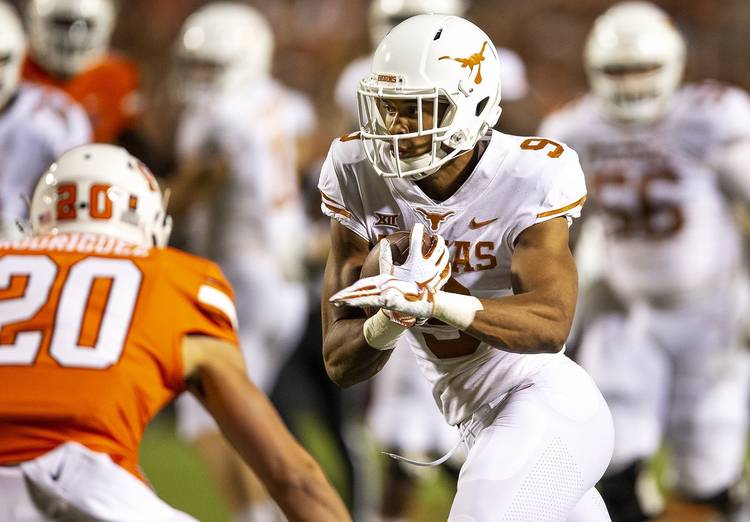 Texas will be without one of its top receivers and defensive backs for this evening’s game at Texas Tech.

Texas coach Tom Herman told the Longhorn Network on Saturday afternoon that juniors Collin Johnson and Brandon Jones won’t play against Texas Tech. Jones has not yet recovered from the ankle injury he suffered ahead of last week’s loss to West Virginia. Johnson tweaked his knee during a practice this week, but UT expected him to play.

BREAKING: Collin Johnson and Brandon Jones will not play today per Tom Herman.

Johnson’s 50 receptions and 675 receiving yards rank second among the Longhorns. He has also caught five touchdowns. Two years ago, Johnson recorded the first two touchdown catches of his career during the Longhorns’ win in Lubbock. Texas can now choose to either replace Johnson with freshman Brennan Eagles or slide Lil’Jordan Humphrey over to his spot and play Jerrod Heard in the slot.

This will be the third game that Jones has missed with an ankle injury. He has still accumulated 52 tackles and two interceptions this fall. Last week, UT addressed his absence by moving senior P.J. Locke III from nickelback to safety.