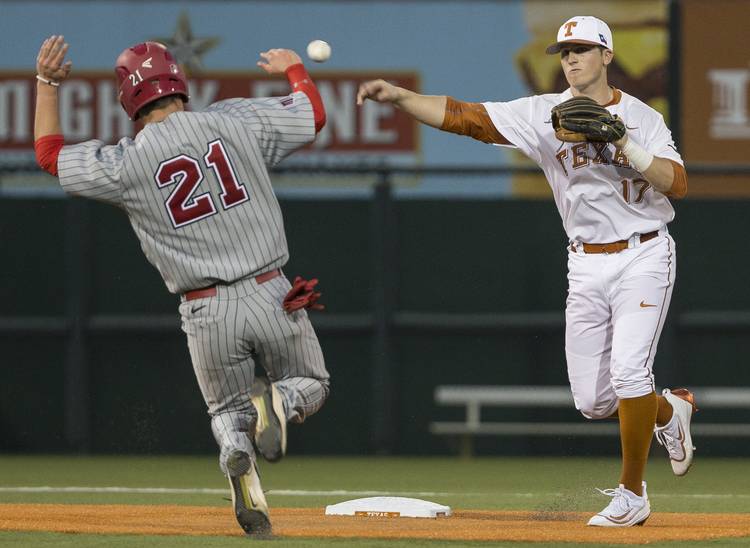 If this summer is any indication, Bret Boswell might be ready to live up to his immense recruiting hype.

Just OK in his two seasons at Texas, Boswell enjoyed a hellacious offseason and on Tuesday was named the Perfect Game/Rawlings summer collegiate baseball player of the year.

Playing for the champion Santa Barbara Foresters of the California Collegiate League, Boswell batted .392 with a .470 on-base percentage. Additionally, he hit safely in 31 of 34 games with 17 doubles and 10 home runs.

Continuing his success in the postseason, Boswell was named MVP of the playoffs after leading the Foresters to their 21st CCL title. Texas pitchers Kyle Johnston and Connor Mayes were also on the team.

New Texas coach David Pierce is hoping Boswell will carry over his summer success into the spring and reach the lofty expectations that followed him to Austin from Rockwall-Heath. After redshirting with an injury in 2014, Boswell hit .253 in 2015 and .241 in 2016. At times, he has gone long stretches without being in the lineup.

Boswell’s resurgence actually preceded his summer terror and came in the Big 12 tournament when he hit .600 (9-for-15) with three doubles, one triple and four RBI to go with four walks.