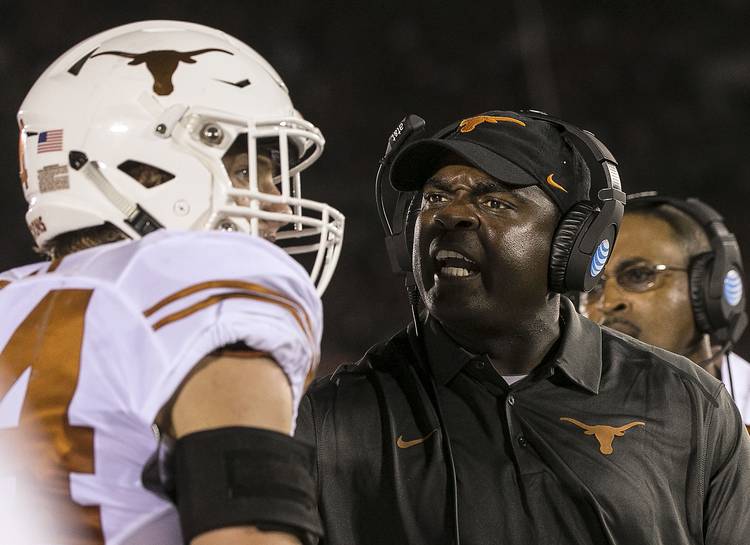 Texas’ last-minute recruiting haul for 2016 was impressive. The Longhorns class’ was ranked near the Top 10 nationally after receiving seven signing day commitments on Wednesday. The Longhorns’ final tally pushed their class rank to the top of the Big 12.

On Monday, Jean-Mary was named the Rivals.com Big 12 Recruiter of the Year. “Probably no team had a better one-day start to the signing period than Texas, and Jean-Mary was a key reason for the Longhorns’ National Signing Day haul,” said Rivals. Rivals also notes that Jean-Mary was the lead recruiter on nine of Texas’ 2016 signees.

Brian Jean-Mary named Big 12 recruiter of the year by Rivals. Well deserved. BJ did an excellent job in Dallas and beyond. Big asset to UT.

Jean-Mary was tabbed as the No. 4-ranked recruiter nationally by ESPN ($$) last week. ESPN’s Jeremy Crabtree credits Jean-Mary as reeling in Manor linebacker Erick Fowler on signing day, as well as landing four defensive tackles on the last day of the 2016 recruiting period.