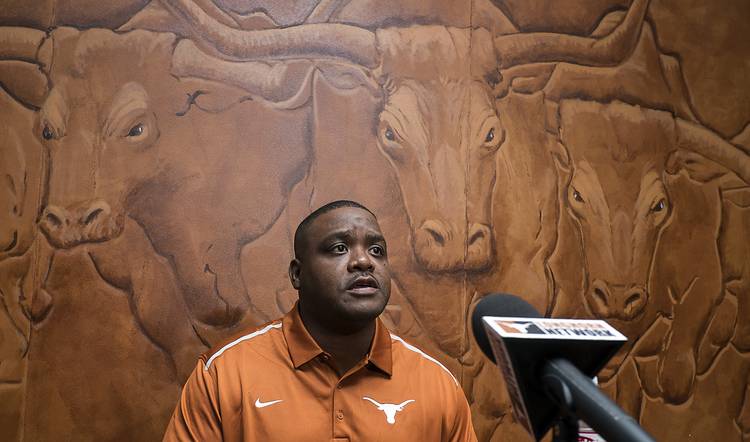 Defensive line coach Brick Haley will stay at Texas after being pursued by Texas A&M, according to Scout and 247Sports.

Haley had spent recent days deciding between the two schools and apparently received a pay bump to return for his second season at Texas in 2016. Last year, Haley made $235,00.

Losing Haley could have put Longhorns coach Charlie Strong in a tricky situation because Haley had built a relationship with several members of the Longhorns’ 2016 recruiting class, including five defensive tackles.

Strong must still hire a defensive backs coach to replace Chris Vaughn, who left the program last week over allegations that he broke NCAA recruiting rules when he coached at Ole Miss.

Bohls: Just what did Shaka Smart do one time to cope with losing?