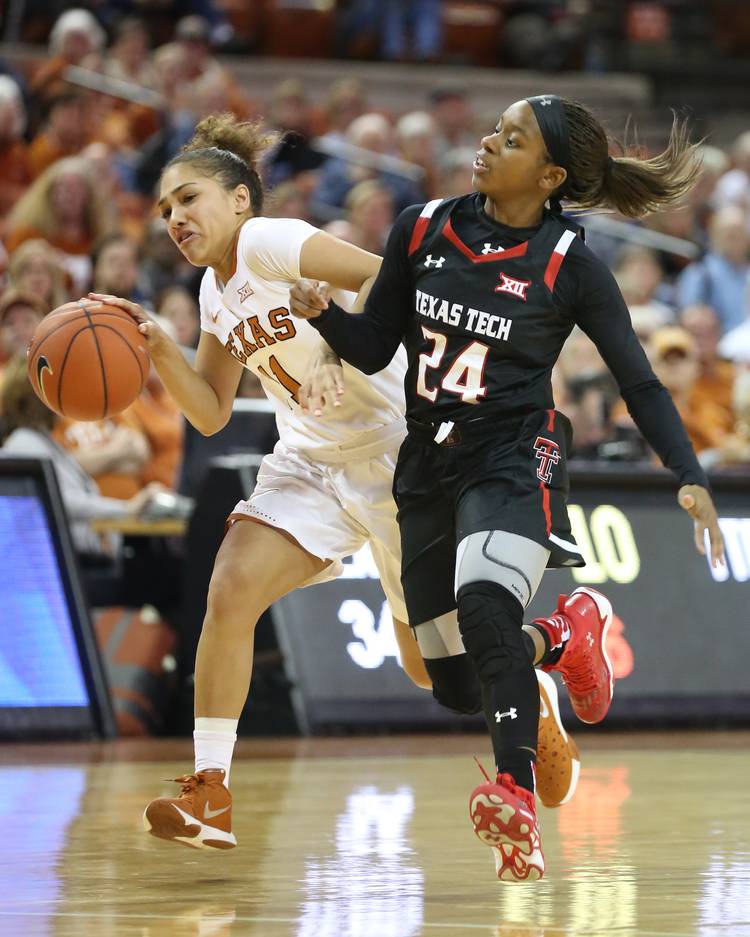 The Longhorns extended their winning streak to 14 games by defeating Iowa State 75-54 Wednesday in Austin. Imani Boyette, the Big 12’s player of the week, pulled down 17 rebounds, one shy of her career best, which came against Baylor in 2013. … Against ISU, Texas totaled a season-high 11 three-pointers, tying for the fourth-most in a single game in program history. … Texas signee Alecia Sutton, a 5-foot-8-inch senior at Parkway North High in St. Louis, tore the ACL in her left knee in a game on Dec. 28. Her father said she’s expected to need six to seven months to recover. Ranked by ESPN’s analysts as the nation’s No. 6 overall recruit — and the No. 2 point guard — Sutton should be recovered by the start of her freshman season at Texas.

Brittney Martin is the leading scorer in the Big 12, ranks No. 1 in the league in steals and is second in rebounding. … The Cowgirls upset then-No. 4 Baylor 52-45 on Dec. 30, helping them post a 9-0 record at home. … OSU ranks ninth in the conference in scoring (70.1 PPG) while Texas is tied for fourth (74.8). The Cowgirls are last in the Big 12 in three-pointers made (38) and three-point shooting percentage (.248). … OSU ranks first in the league in field-goal percentage defense at .322. … The Cowgirls’ 69-46 victory Wednesday gave head coach Jim Littell his 100th win at Oklahoma State.