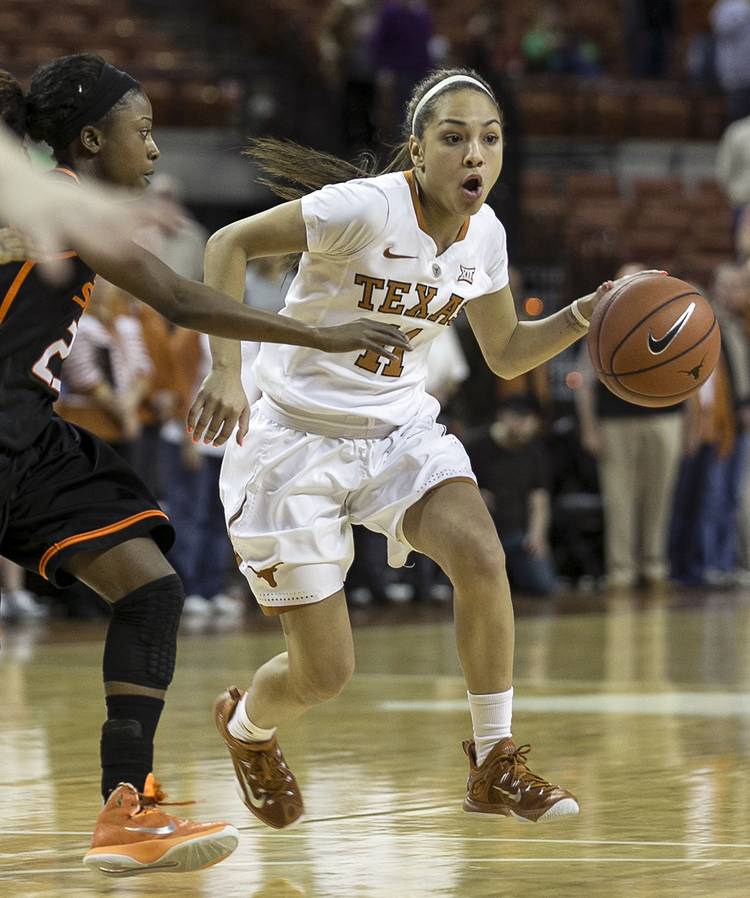 Brooke McCarty scored 18 points Sunday in a 73-50 victory over West Virginia. It was the eighth time this season that McCarty had led the team in scoring.  … Texas has assured itself of finishing no lower  than second in the Big 12 Conference this season, which will be the Longhorns’ best regular-­season finish in Big 12 play since they were second in 2004-­05. … Texas and West Virginia are tied 5-5 in their all-time series. The Longhorns are 4-0 in games played in Austin. … The Longhorns beat Tech 86-62 on Jan. 2 in Austin behind Imani Boyette, who had 24 points and 11 rebounds. … Texas now ranks fifth in NCAA Division I women’s basketball history with 1,005 victories all-time.

On Sunday, the Lady Raiders fell to 0-8 on the road in Big 12 play, losing to Kansas State 65-53. … Tech recorded 15 steals against K-State, marking just the third time this season the Lady Raiders have registered that many in a game. The last time came Nov. 21, when Tech totaled 17 steals against Southeastern Louisiana. … Coach Candi Whitaker is 31-55 in three seasons at Tech. … Vista Ridge graduate Japreece Dean leads the Lady Raiders in minutes played per game (31.8), total assists (83) and free-throw shooting percentage (.798). … Tech held K-State standout Breanna Lewis to 14 points and six rebounds, totals that fell well below her season averages.