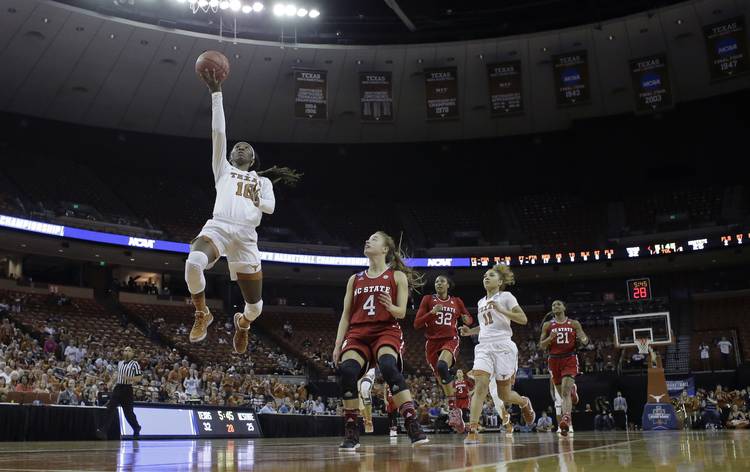 Brooke McCarty scored 23 points and Joyner Holmes hit a clutch bucket in the waning seconds to lift Texas to an 84-80 victory over North Carolina State in an NCAA women’s tournament second-round game Sunday at the Erwin.

Texas advances to the Sweet 16 and will play Friday in Lexington, Ky.

The Longhorns trailed for most of the fourth quarter but took the lead 78-77 with 1:03 to play.

Texas was blazing hot early, hitting 10 of its first 13 shots to take a 28-15 lead after the first quarter.

The Wolfpack countered the second period, outscoring Texas 21-9. Spencer and Dominique Wilson had 13 points to  lead the surge.

A late three-pointer by Sug Sutton gave Texas a 37-36 lead at the break.

50 in 50: The Texas football defenses that dominated