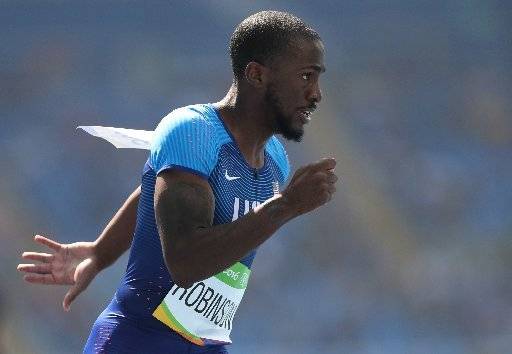 Spencer crossed the finish line in 55.12 seconds to win heat 3 and qualify for the semifinals. Jamaica’s Ristananna Tracey clocked the fastest time in the prelims at 54.88.

Spencer will compete alongside 24 other runners in the semifinals on Tuesday. The top two finishers in each heat, plus the next two fastest times will advance to Thursday’s final.

Robinson had the 12th fastest time in the prelims at 48.98 seconds. Jamacia’s Annsert Whyte posted the top time at 48.37.

The victory gave Team USA nine points in pool play. Prior to Monday’s match, Team USA was tied with Brazil, France and Canada with six points.

Longhorn Gavin Hall tied for second after first round of U.S. Amateur