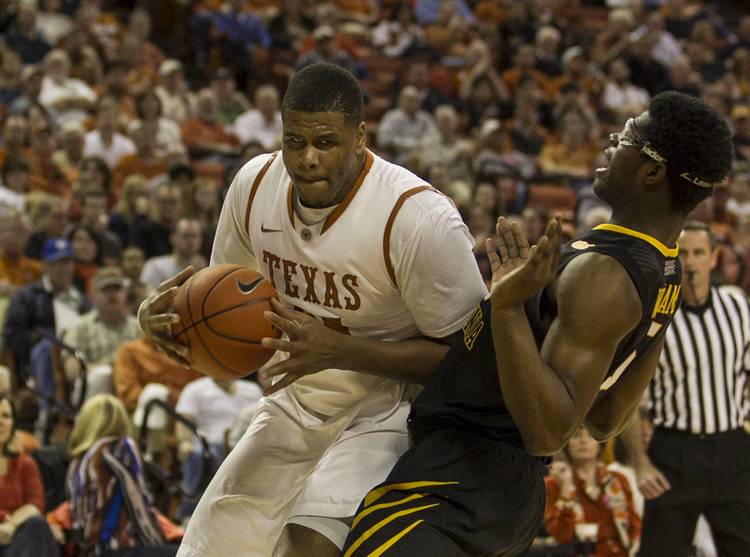 OKLAHOMA CITY — Texas coach Shaka Smart said he expects center Cam Ridley to play “significant” minutes Friday against Northern Iowa. In Smart’s mind, that could be upwards of 20 minutes, or half the game.

Asked if that was realistic, Ridley said, “Yeah, it is. I’ve been feeling good these last few days. Hopefully I want to play more than that. I want to play as much as I can.”

Ridley has been watched closely in practice the last week since getting only two minutes against Baylor in the Big 12 tournament. Ridley played in the first half, experienced some pain and trainers shut him down for the game.

After a week of rest, he appears ready to play much more against the 11th-seeded Panthers, a team that’s one of the worst offensive rebounding teams in Division I.

“As he continue to practice and move around, I think he becomes more comfortable,” center Shaq Cleare said. “I think he’ll be OK. I don’t know how many minutes he’ll play tomorrow, but in practice, he’s been looking pretty good. I don’t see him worrying about his foot as much.

“He’s just been there with a smile on his face,” Cleare added. “That’s Cam. You don’t know if he’s hurting or not.”

“I just know he’s always in attack mode and always aggressive,” Demarcus Holland said. “It’s going to be a collective effort to slow him down.”

Horns enjoy Bears’ loss: There was some epic shouting inside the Texas locker room during the final seconds of Baylor’s upset loss to 12th-seeded Yale.

“Everybody in the tournament’s good,” UT freshman Kerwin Roach said. “You can’t let up on anybody.”