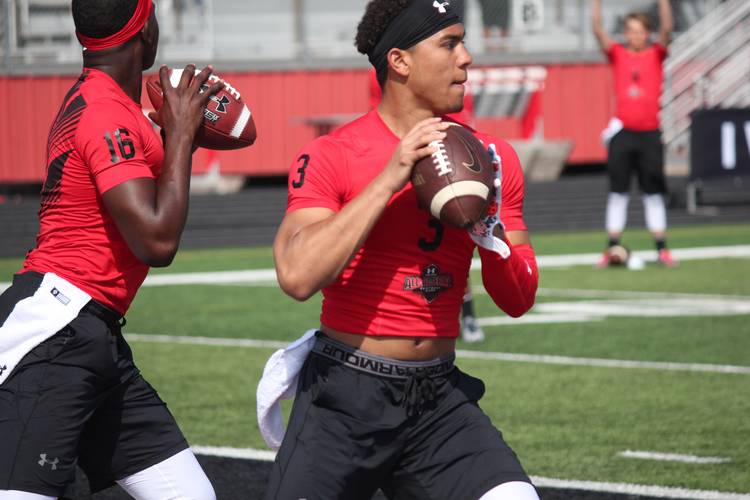 Thompson, the son of former Oklahoma quarterback Charles Thompson and the younger brother of former Sooners receiver Kendal Thompson, joins wide receiver Justin Watkins and linebacker Byron Hobbs as Texas’ commitments for the 2018 class. In his Southmoore, Okla. high school career, Thompson has amassed more than 8,000 yards of total offense and scored 109 touchdowns. He’s ranked as the No. 7 dual-threat quarterback in the nation and is a 247Sports composite national top 160 player.

As a junior, Thompson passed for 2,730 yards and 28 touchdowns to just five interceptions. He rushed for 586 yards and scored 14 touchdowns on the ground. He’s accounted for 139 total touchdowns in his prep career.