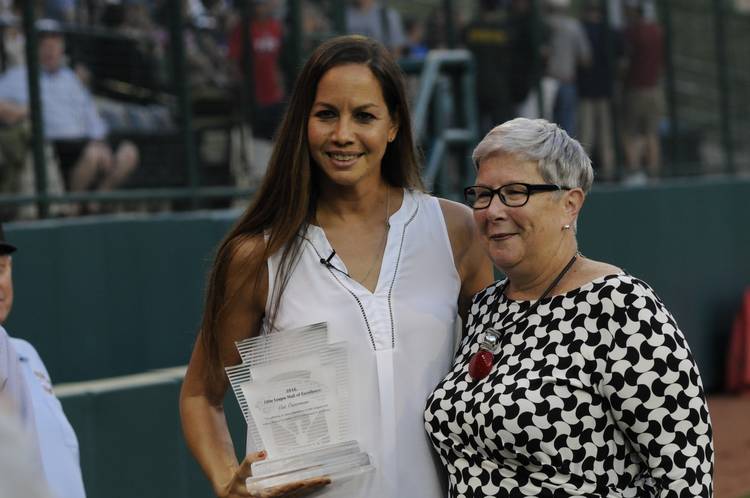 The greatest pitcher in the 20-year history of Texas softball became just the fourth female to be inducted into the Little League Hall of Excellence and the first to be recognized for a career in softball.

Osterman, now an assistant coach at Texas State, was honored during an on-field ceremony prior to the U.S. game at the Little League Baseball World Series in Williamsport, Pa.

Texas’ all-time leader in all but three statistical categories was joined by former NFL coach Tom Coughlin and former MLB player Torii Hunter. The three move the total number of members to 52 in the Little League Hall of Excellence.

The four-time All-American has a long resume of accolades including being selected as USA Softball’s National Player of the year three times and also won a gold medal in the 2004 Olympics and a silver in 2008. Osterman finished her career with the Longhorns with a career earned run average of 0.51, 136 wins, 121 complete games, 85 shutouts, 20 no-hitters, 9 perfect games and 2,265 strikeouts.

Osterman is a member of the Texas Sports Hall of Fame and the UT Hall of Honor. However, her No. 8 has not been retired by the University of Texas.

ESPN’s Kirk Herbstreit has Texas as his top ‘Surprise Team’

Jordan Spieth on Olympics: ‘I wished I was there’