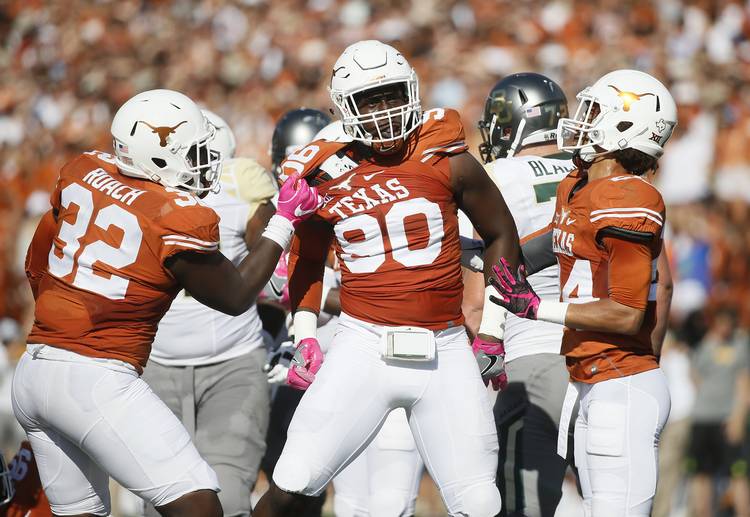 Who Omenihu has been here — so far

Omenihu was a reserve defensive end as a freshman, finishing the 2015 season with 17 tackles, a forced fumbled and a recovered fumble. He made his way into the starting lineup as a sophomore, ending the year with 26 tackles and 3.5 sacks. He started seven of 12 games, but his production and time on the field decreased as the season progressed.

The switch to an odd-man front reliant on big, athletic defensive ends under new defensive coordinator Todd Orlando before the 2017 season rejuvenated Omenihu’s career. He started every game except Baylor. He recorded 28 tackles and four sacks, while occupying blocks to allow linebackers like Malik Jefferson and Gary Johnson to run free and make plays.

Omenihu flirted with the NFL this past offseason. But he elected to return to Texas since “I know how much more I can develop both as a player and as a leader.” A standout senior season could be beneficial for both Texas and Omenihu — Texas hasn’t had a defensive end taken in the NFL draft since Lamarr Houston in 2010.