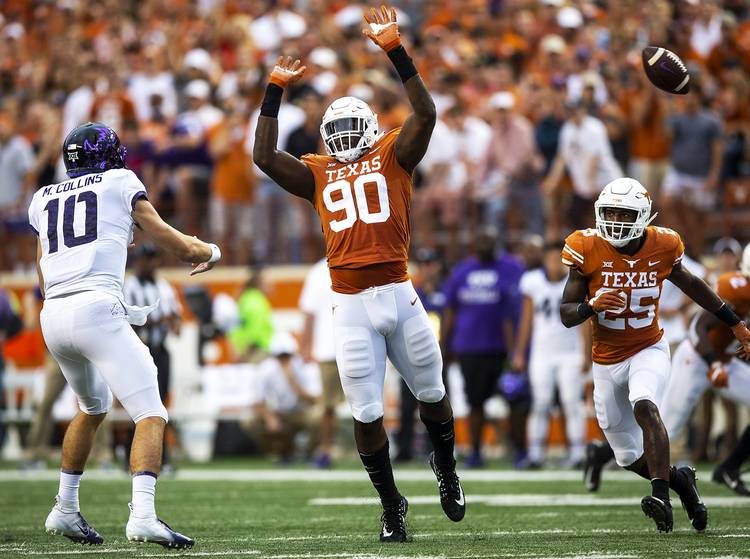 Omenihu was selected by Houston in the fifth round of the NFL draft on Saturday. The Texans took the former Texas defensive end with the 161st overall pick. Omenihu is the first Longhorn taken in this year’s draft.

Thank you to @HoustonTexans for giving me this opportunity of a life time I will promise you this I will make you guys proud and the city of Houston head down ready to work.

Read more: Why did Charles Omenihu stay at Texas? ‘If you’re not honest with yourself, who is?’

The 6-5, 280-pound Omenihu flirted with the NFL ahead of the 2018 draft but opted to return to school. When asked throughout the fall about that decision, Omenihu often said that he wasn’t yet ready for the NFL. At one point he told reporters that “You look at the tape, and you have to be honest with yourself.”

Omenihu blossomed during his senior season. He led the Longhorns with 9.5 sacks and 18 tackles for loss. Three of his five quarterback hurries were tallied over the final three plays of a 23-17 win over Baylor and he recorded a safety against Kansas State. Omenihu was named the Big 12’s top defensive lineman.