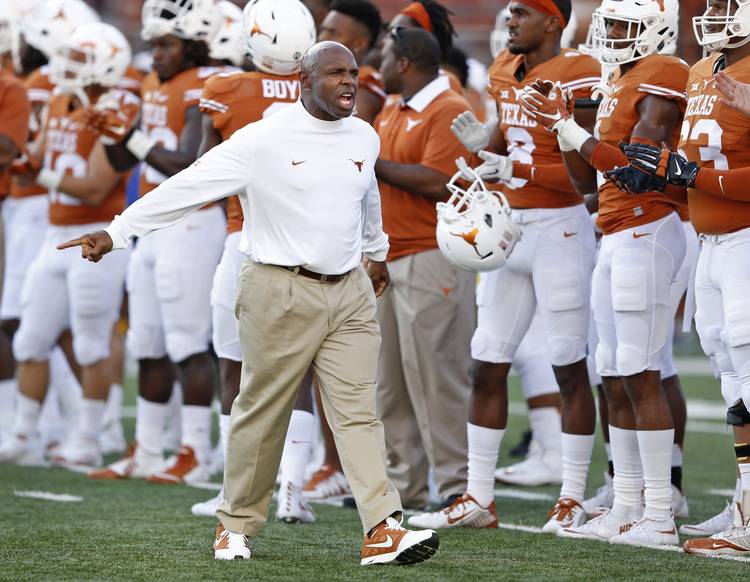 Which college football coach would you want backing you up in a fight? The coaches have spoken, and Texas’ Charlie Strong tops the list.

In response to last week’s ESPN coaches question – “If there was a brawl at a coaches convention, which current FBS head coach would you want by your side?” – Strong came in at No. 1 with 14 percent of the votes, followed by Boston College’s Steve Addazio and UTEP’s Sean Kugler. The Longhorns coach is well known for his pre-dawn workouts, so it’s no surprise that his fellow coaches want him around should things turn ugly.

Top 5 answers in @ESPN’s weekly coaches poll: if a brawl broke out which coach would you want on your side? pic.twitter.com/ApvkEmLDul

And Strong wasn’t the only Big 12 representative on the list: Oklahoma’s Bob Stoops landed at No. 6. Now, if Strong and Stoops were to go head-to-head … let’s just say our money’s on the guy in the mock turtleneck.

Fox Sports: ‘The burnt orange jersey is as classic as it gets’