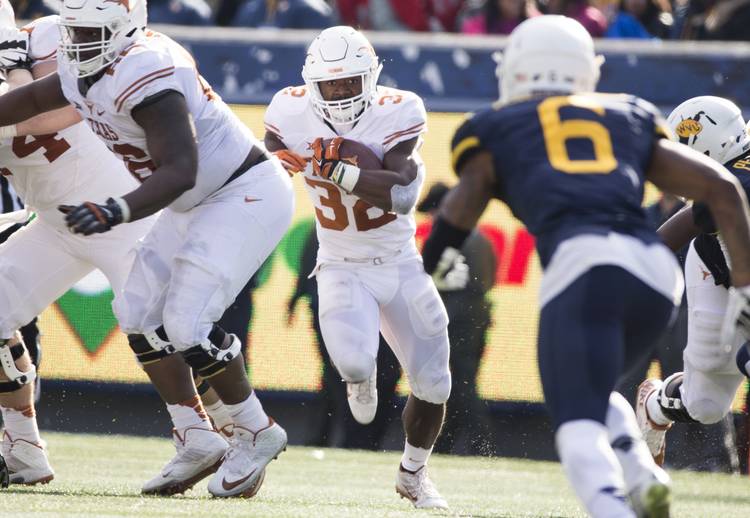 “They’re gonna get looked at later on today,” Strong said on the Big 12 teleconference. “We will have a better update on them.”

Vahe and Gray went down in the third quarter of Saturday’s 38-20 loss at West Virginia and did not return. Vahe was seen on crutches wearing a knee brace.

Texas, in need of wins in its final two games to make a bowl game, is off until Thanksgiving when Texas Tech comes to town.