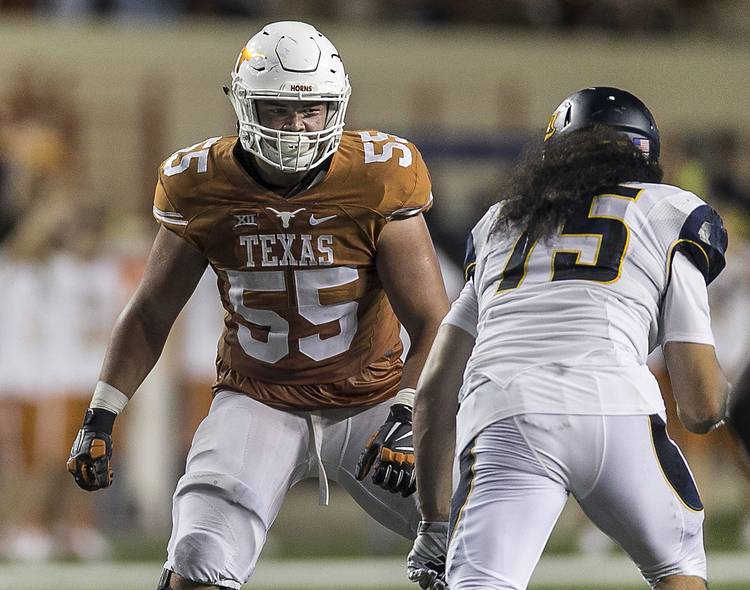 On the Joe Wickline contract lawsuit:

“The Oklahoma State vs. Joe Wickline lawsuit attempting to force Texas’ offensive line coach to pay $600,000 to his former school for breach of contract continues to plod along. Wasn’t the O.J. Simpson murder trial of the century shorter than this? Now Oklahoma State’s attorneys officially want Strong and quarterback Tyrone Swoopes to provide testimony in the courtroom to determine who called plays for the Longhorns in 2014. Ridiculous. Shawn Watson called the plays, not that he necessarily wants credit.”

On the first college football season for freshmen:

“Are Texas’ football players tired? Have the freshmen hit a wall? I think they have. Linebacker Malik Jefferson, for one, doesn’t look as quick as he did in September. Not sure all college rookies have what it takes to play such significant roles with huge minutes, and it appears some of them might be wearing down perhaps physically and emotionally. Losing, of course, takes its toll. … Where are the explosive kick returns for the Longhorns? Other than Daje Johnson’s 85-yard punt return for a touchdown against Rice, this hasn’t been a strength. Texas has been particularly woeful on kickoff returns with not a single one longer than 36 yards. The Horns rank 116th in the nation in kick return yardage.”

On the ancillary costs of firing a head coach:

“You want to fire a coach. (Big 12 Commissioner Bob) Bowlsby said it generally involves about $2 million in ancillary costs to make a coaching change when you consider transitional health care, the completion of contracts that go into the summer after they’re terminated, housing, unpaid vacation, courtesy cars, you name it. And that doesn’t even count the buyouts for the successor. If Bowlsby tires of commissioner work, he should form his own headhunting firm. The last three head coaches he hired — David Shaw and Jim Harbaugh (now at Michigan) at Stanford and Kirk Ferentz at Iowa — are a combined 30-4 this year.”

For Kirk’s thoughts on the Heisman race along with comments from Bowlsby on the Missouri protest, click here.