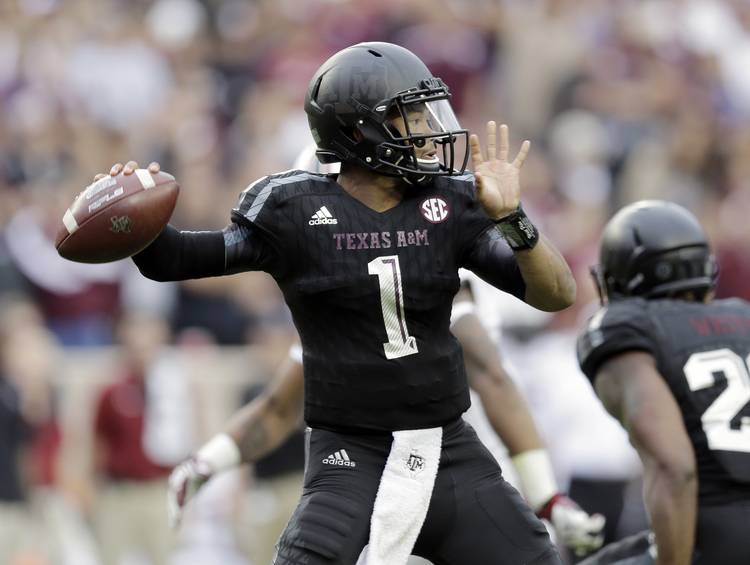 Kyler Murray, a five-star recruit and son of an Aggie legend, is leaving Texas A&M, according to multiple reports Thursday. Reports out of College Station say that Murray no-showed at practice for a second straight day.

News broke Wednesday that Murray was considering a transfer. Coach Kevin Sumlin confirmed that he had met with Murray and Kevin Murray, Murray’s father. Kevin Murray starred for A&M from 1983-86, earning second-team All-American honors. He was inducted into the Cotton Bowl Hall of Fame in 2012.

Sumlin declied to say what topics were discussed with the Murray family.

He did say that he expected Murray to start the Aggie game against Louisville in the Music City Bowl, Dec. 30.

Murray is the second quarterback to leave the Aggies  in a week. Kyle Allen, who started nine of 12 games this season, announced his transfer last week.

Texas was a late finalist for Murray in the recruiting process. After he made an official visit to the 40 Acres, he tweeted this photo:

Could he be a candidate to transfer to Texas? On Thursday, Gerry Hamilton of ESPN.com, detailed more of the Murray transfer gave these details: “According to the family, Murray has been released from his scholarship at Texas A&M and can transfer to any school, as long as it isn’t an SEC school or a team on Texas A&M’s schedule over the next four years.”

Texas isn’t on the Aggies’ schedule the next four years.

There's a reason for every situation.

Horns defensive tackle Charles Omenihu had this to say: