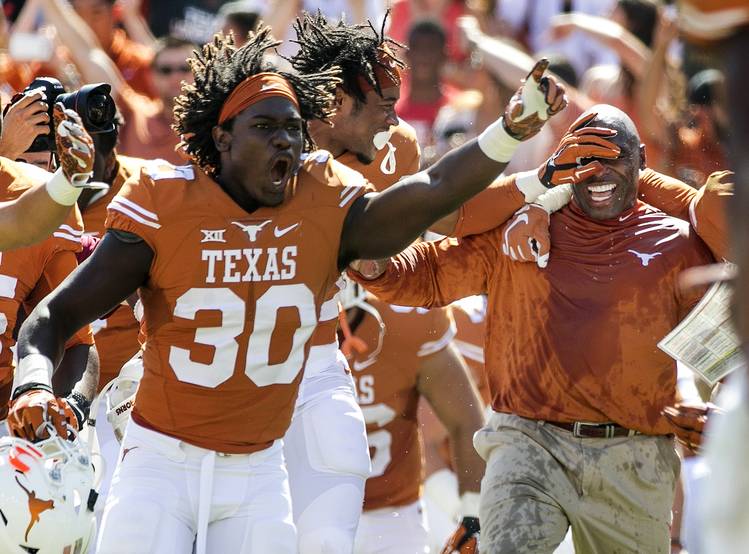 OCTOBER 10, 2015 - Texas and Oklahoma during the fourth quarter of action in the AT&T Red River Showdown between Texas and Oklahoma held at the Cotton Bowl in Dallas, Tx., on Saturday, October 10, 2015. Texas defeated Oklahoma 24-17. (RODOLFO GONZALEZ / AMERICAN-STATESMAN)

For our staff, the top Bevo story of the year was the dismissal of Steve Patterson. Last week, we asked for your vote, and the readers thought Texas’ win over Oklahoma topped the list. The top 5, according to our readers: