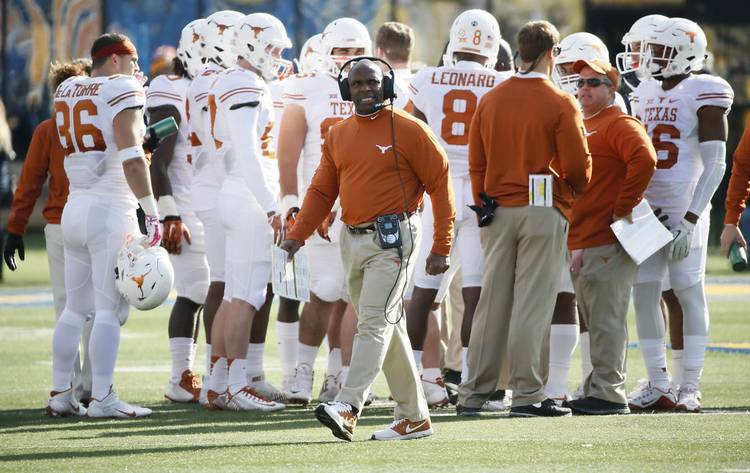 For years under Mack Brown, Texas’ recruiting classes were finalized weeks, perhaps months before national signing day. In 2016, Longhorn fans will be able to partake in the joy or sorrow of which way top recruits choose on the final day of the recruiting period.

This year, four four-star recruits that have Texas among their school finalists of choice will pick their school of choice on signing day live on ESPNU.

The schedule for their broadcast decisions is: Jones at 8 a.m., Anderson and Jackson at 9 a.m. and McCulloch at 10 a.m.

Waco cornerback Eric Cuffee committed to Charlie Strong’s 2016 class on Thursday, and some analysts at recruiting sites think the Longhorns could end up with a class that finishes in the Top 15 national rankings.