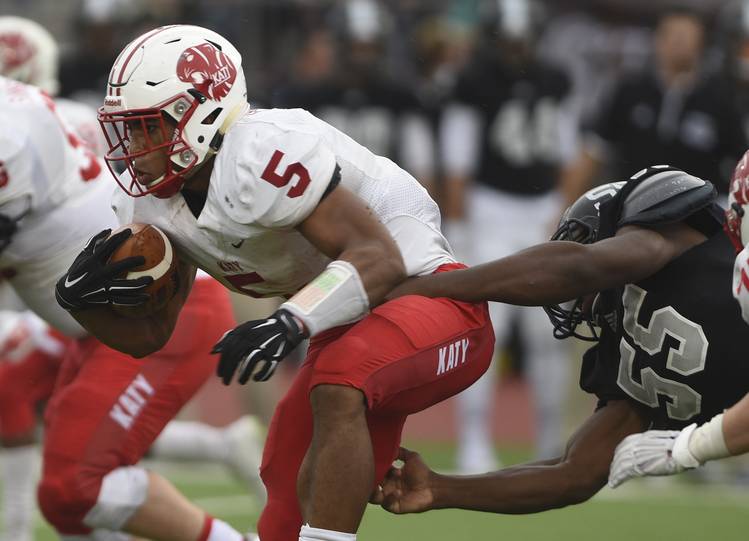 In an unexpected announcement on the eve of signing day, four-star Katy running back Kyle Porter has committed to Texas.

The announcement was made via Twitter by Porter’s teammate.

Congrats to my brother on his commitment to Texas! ✊🏻❤️❤️I know he is going to do great things 😁 pic.twitter.com/wcdBJrmTB8

Porter, the No. 39 player on the American-Statesman’s Fabulous 55, is the first running back to commit to Texas’ 2016 class. He was thought to be leaning toward TCU or Arkansas, so the announcement was a bit of a shocker.

Porter (5-11, 208 pounds) is the nation’s No. 11 running back, according to 247Sports’ composite ratings. He ran for 188 yards and three touchdowns  in a win over Lake Travis in last season’s Class 6A Division II championship.

That makes 16 commits for Texas, which will try to close with another 10 or so on signing day. The Horns’ class rating currently sits at No. 25