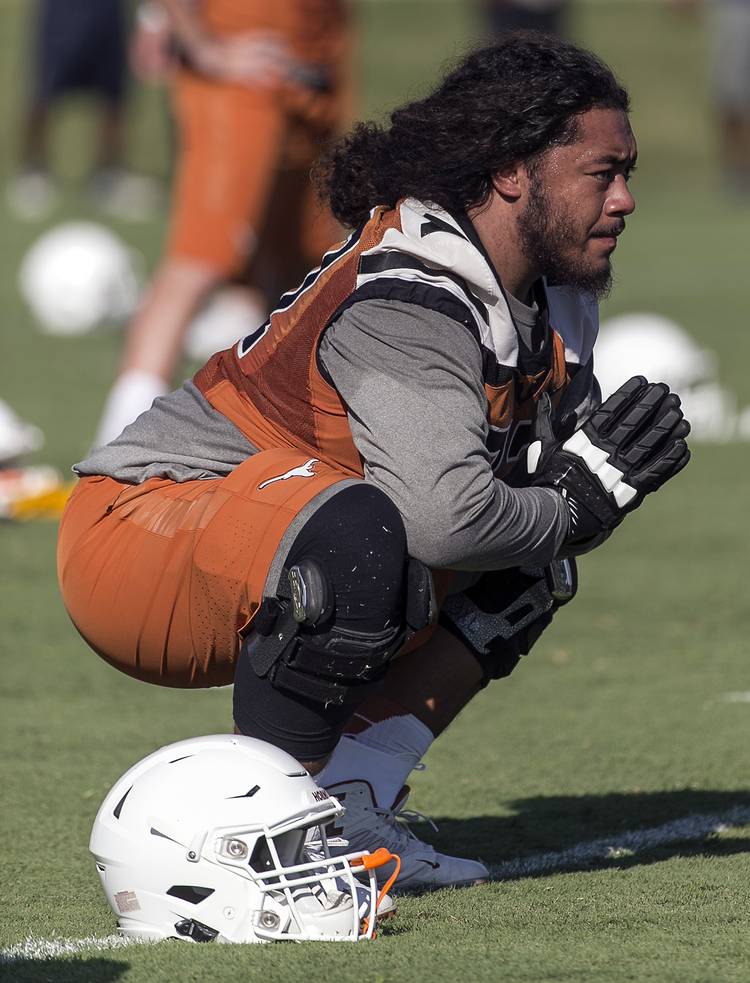 Freshman offensive lineman Patrick Vahe, who was named to ESPN’s true freshmen All-American team in December, was given a failing grade his freshman year by Pro Football Focus.

PFF looked back at classes of 2015 to see which ones underachieved or overachieved according to their final class rankings by ESPN after national signing day last year.

“Patrick Vahe didn’t find quite as much success in his college football debut, earning the lowest grade of any freshmen guard in 2015,” said the report.

Charlie Strong’s bunch fell into the underachieving classes, with PFF giving the true freshmen class an overall rank of 40 among all BCS classes. ESPN had tabbed the 2015 class as the 9th best in the nation.

We’re perplexed by the rankings since Strong’s class had three members earning freshman All-American status by various media outlets. Longhorns coaches consistently graded Vahe as a B average, and he was named all-Big 12 honorable mention by the league’s coaches.

PFF noted that the Longhorns class of 2015 played the most snaps (5,369) of any other class in the nation and that “left tackle Connor Williams had a very impressive freshman campaign, finishing as the highest-graded freshman tackle in the nation.”

The report notes that freshmen defensive backs Davante Davis and Holton Hill “had solid first years,” but fellow freshman Kris Boyd “did not fare as well.”

The website’s breakdown on how grades are established can be found here.

Texas Soccer recruiting class ranked No. 15 in the nation