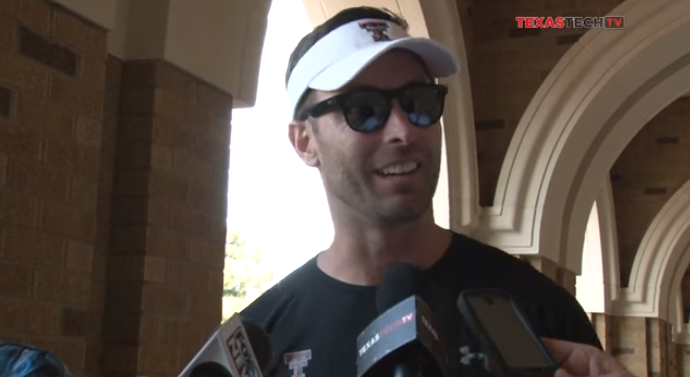 A smiling Kliff Kingsbury couldn’t seem to believe recent comments made by Texas Coach Charlie Strong, when he was asked about them by a reporter after a Wednesday workout.

When asked what the Texas Tech coach thought of comments Strong recently made to UT faculty promising to “steamroll” everybody, Kingsbury paused before asking, “It’s not April Fool’s yet, is it? He just cut it loose. Yeah, I didn’t see that.” The reporter also asked if Kingsbury would “ever address the faculty like that,” to which he replied, “I would not make those statements. But hey, to each his own.”

Whether it happens or not, we at least know who’s willing to step up to the plate when it comes to “strong” comments. Even a few days short of April Fool’s…

They said it Class of 2016: Lewisville offensive lineman Denzel Okafor