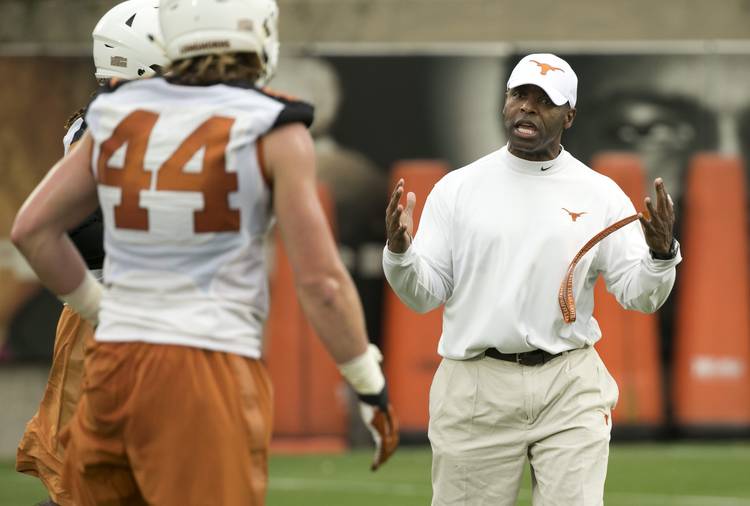 Charlie Strong won’t be there, but members of his Texas football coaching staff are apparently considering attending a satellite camp in the Houston area.

A program spokesman said “we may have coaches” at the Sound Mind Sound Body Football Academy at Hall Stadium in Missouri City on June 6-7. However, Strong is not expected to attend.

Recently, Strong was asked about UT’s involvement in satellite camps and responded, “We’re gonna jump in the middle of it.”  The controversial camps have been a hot-button issue and were temporarily banned last month after being voted down by the NCAA Division I Council. Yet the pushback was strong and the decision was reversed.

Texas has yet to announce its camp schedule, though it’s likely Strong will deploy his coaches to recruiting hot spots in Houston and Dallas.