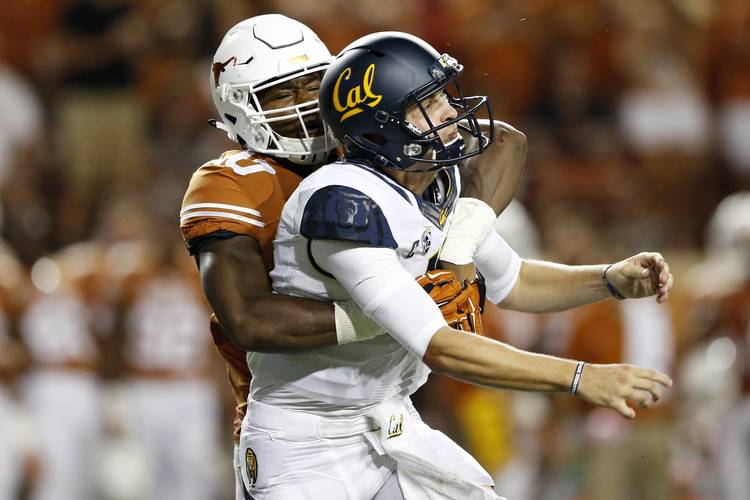 If Texas is going anywhere this season, there will be times when it has to be a showstopper against some of the best offenses in the country.

When this defense has been on point in past years, it’s been partly because of the work of the pass rushers.

The Horns need to get back to those years where there would always be a guy with double-digits sacks on the stat sheets. The current group is looking for an impact edge rusher, be it Bryce Cottrell, Naashon Hughes or even middle linebacker Malik Jefferson, who figures to put his hand on the at defense end in certain situations.

Vance Bedford urged Hughes to get stronger over the offseason and he packed on 30 pounds of muscle on that 230-pound frame. The junior is expected to get more snaps up front and has a chance to become that dependable disruptor the Horns have been missing for some time now.

He spent the spring and early part of the summer fine-tuning his skills while also hitting the weight room hard and mixing in a steak or two to add bulk.

“Basically, pass rushing and getting off of block,” Hughes said Wednesday night. “ I got a little bigger, so running with that new weight and carrying that weight around.”

Texas’ 37 sacks ranked fourth in the conference last season and line coach Brick Haley is confident about the chances of improvement in the area, while admitting the day of the seven-stop drop is over in college football, making sacks more difficult.

The numbers may not be huge for Hughes, who had 5.5 sacks last season, but he has the potential to get after Big 12 quarterbacks in more consistent fashion this fall.

Breakfast with Bevo, 8.11.16: Tracking the Longhorns in Rio