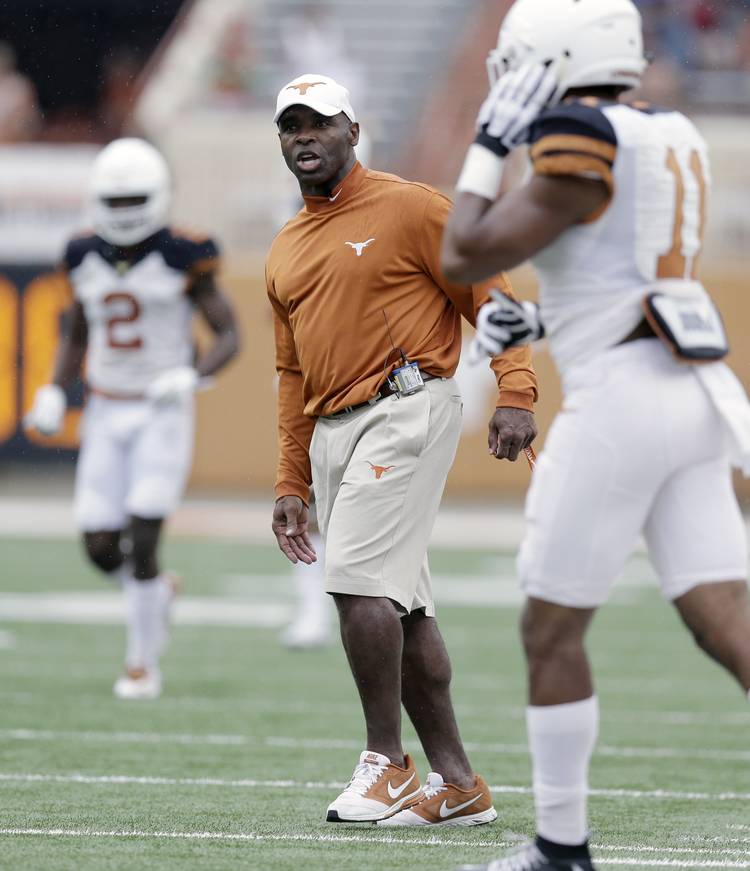 After originally saying he would announce a starting quarterback early in camp, it sounds like Texas coach Charlie Strong has changed his mind and will wait.

“I’m not going to just put it out there yet,” Strong said after Saturday’s eighth practice of fall camp. “I know you want to write about it, but I just know who’s waiting on us so they can see who they have to go prepare for. It’s about our opponent more than anything and you just don’t want to give them anything early.”

All’s fair in QB battles, especially since Irish coach Brian Kelly has not settled a competitive battle between DeShone Kizer and Malik Zaire.

Strong did reveal that his top two quarterbacks, Shane Buechele and Tyrone Swoopes, will play in the opener, though it’s hard to say if he meant Swoopes would take snaps as a traditional quarterback or as a run threat in the 18-Wheeler package.

Swoopes started in last year’s opener against ND and laid an egg in a 38-3 loss.

“It’s not like we’ll walk into that game and not play both of them,” Strong said.

Because of a number of injuries on offense, including to center Zach Shackelford and running backs D’Onta Foreman and Chris Warren, Strong said it was difficult to evaluate QB play in Saturday’s closed scrimmage.

Could an announcement come next week?

“I just think next week would be too early for us,” Strong said. “It’s still in the evaluation process.”

Strong said Jerrod Heard, who has transitioned to wide receiver, is still getting reps at quarterback.

Jerrod Heard ‘all smiles’ in transition to wide receiver