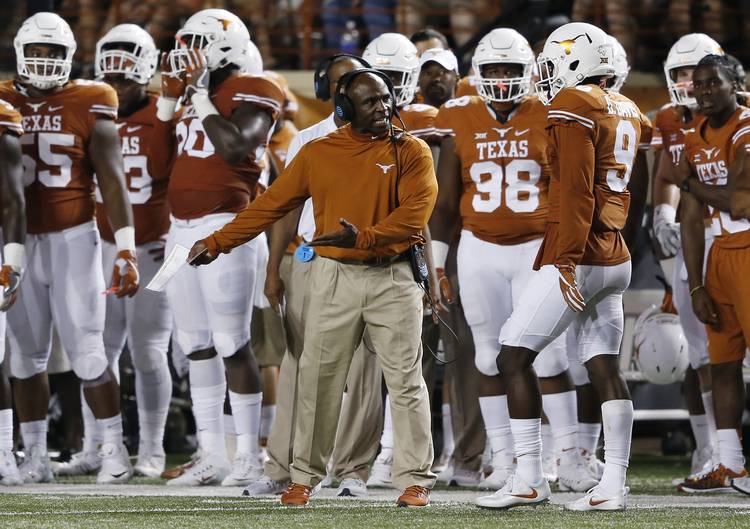 In today’s Golden’s Nuggets, Cedric touches on a big Bevo-related item: What will a win over Cal do for Charlie Strong? Here’s what he had to say about it:

Charlie Strong gets even Saturday night.

OK, it’s not even as in silencing the hateration and holleration that’s dominated the headlines his first two seasons at Texas, but more about him evening up his record here at 14-14 and leading the team to its first 3-0 start since 2012.

The Horns should run over Cal on the road and move into the AP’s Top 10 by this time next week. That is, if the road struggles of last season are in the rear view. Forgive me, but I will never understand how a Texas team beat Oklahoma and Kansas State only to lose 24-0 at Iowa State.

I asked Strong on Monday if he was looking forward to seeing whether his team is ready for its first road challenge of the season given those prior struggles.

“You know what’s going to be really interesting is you’re taking a young team into a hostile environment,” Strong said. “There’s certain things as a team that you have to pack. You have to pack your defense. We’re going to have to go out there and play unbelievable defense.”

I’m thinking good (not great) defense will be more than enough to get the Horns to 3-0.

For the rest of Cedric’s Nuggets, including his take on the ending of the Dallas Cowboys-New York Giants game on Sunday, click here.

WATCH: The 5 best throws by Shane Buechele so far