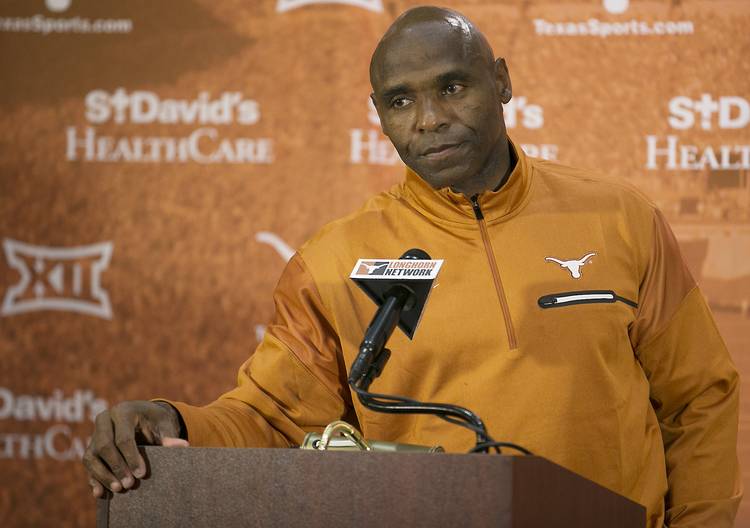 If Charlie Strong is going out, he’s going out his way. Not kicking and screaming, but with an impassioned pitch to the Texas administration to keep him beyond this year. It’s clear he has the universal backing of his players because 50 or so of them showed up for the press conference. Maybe too much, though. The best coaches in this profession are usually respected and feared, everyone from Nick Saban to Bill Belichick. It’s great that the players admire and love Charlie, but none of us understands why that doesn’t translate to better play on the field by them.

Danny Davis: Players, not Strong, are to blame

Did Texas’ football season just become the biggest game of chicken with a car driven by Charlie Strong and his players staring down another vehicle full of administrators and loose-lipped boosters? The Longhorns have often said they’re playing for their embattled head coach, but to be blunt, it’s time to put up or shut up. Strong, after all, didn’t commit six turnovers, miss a 31-yard field goal and whiff on a makeable tackle on Kansas’ fourth-quarter 2-point conversion. A win over TCU may not save Strong’s job, but the Longhorns and their coach have a chance to go out swinging on Black Friday.

Monday’s scene was eerily reminiscent of what happened in 2007 — in College Station. While covering Texas A&M for another paper, I was there in the Bright Complex when reporters showed up for their weekly press conference with then-coach Dennis Franchione. We were all shuffled into the team meeting room. Before Fran started, the entire team walked in as a show of support. “I have no intention of resigning this position. I love this job,” Franchione said. Well, he was fired weeks later despite a 32-29 record. It’s fantastic that Charlie Strong’s players love him as much as they do. But decision makers look at his 16-20 record and think Texas can do better.