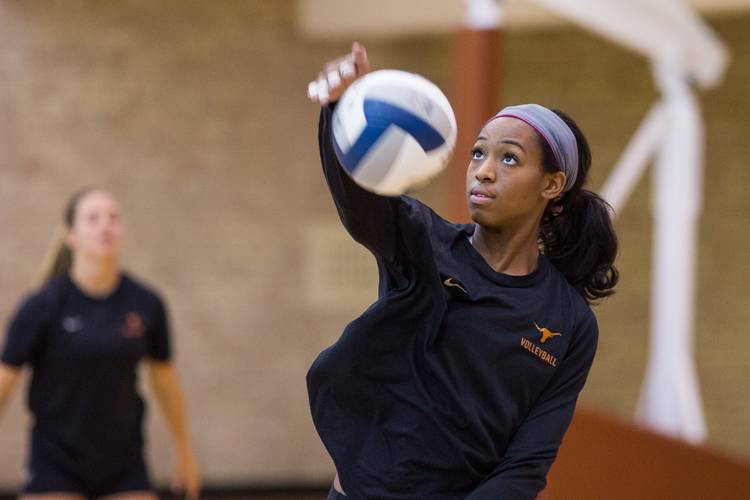 Chiaka Ogbogu, a two-time All-American, is away from the team to focus on academics. 08/21/15 Tom McCarthy Jr. for AMERICAN-STATESMAN

The Texas volleyball team has practiced this entire preseason without two-time All-American middle blocker Chiaka Ogbogu, who is away from the team to focus on academics.

It is unclear if Ogbogu will return for next weekend’s season-opening VERT Challenge in Eugene, Ore. There, the Longhorns will face Oregon on Friday before squaring off against Nebraska a day later in a rematch of last year’s NCAA title match.

If available, Ogbogu, a 6-2 senior from Coppell, is a contender for Big 12 and national player of the year. Last year, she traded off with fellow All-American Molly McCage and posted 2.76 kills per set while hitting .402 percent.