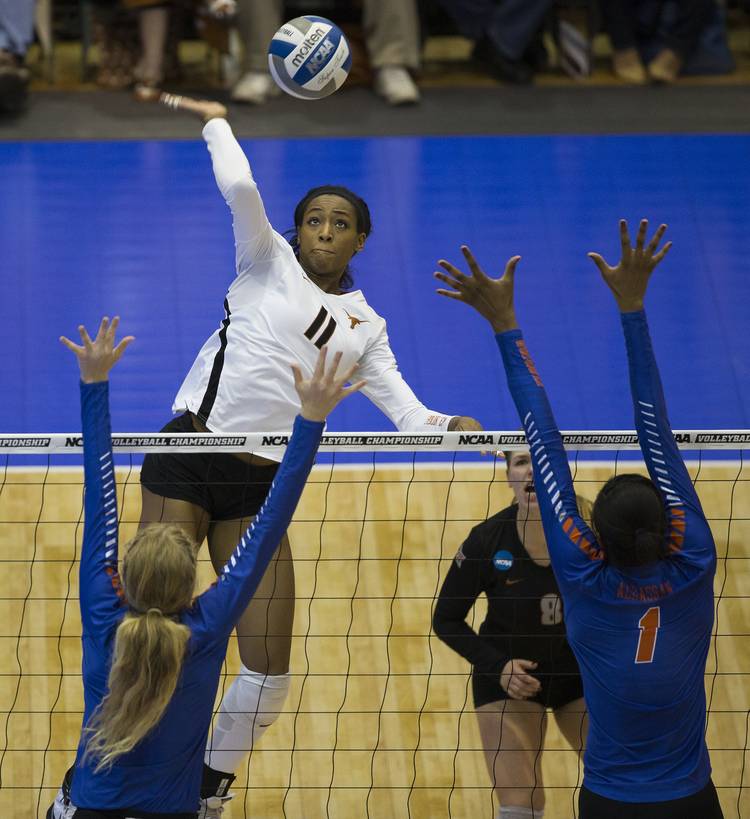 Ogbogu, who has been absent from preseason practices, released a statement through the team saying she expects to correct her issues and return to the Longhorns in January for the winter semester.

She will not be with the team for Saturday’s Orange-White scrimmage.

“I’m extremely disappointed and take full responsibility for the situation I put myself and my team in,” Ogbogu said. “I plan to use this time to take care of my business academically, continue to get better as a player and come back next January and compete next year with the Longhorns again.”

UT coach Jerritt Elliott, whose second-ranked teams opens the season next weekend at the VERT Challenge in Oregon, also released a statement.

“We are disappointed that Chiaka won’t be playing with us this season, but she has our full support moving forward,” Elliott said. “We have no doubt that she will learn and grow from this experience and take care of the things she needs to, learn and grow as a person and will look forward to having her back in 2017.”