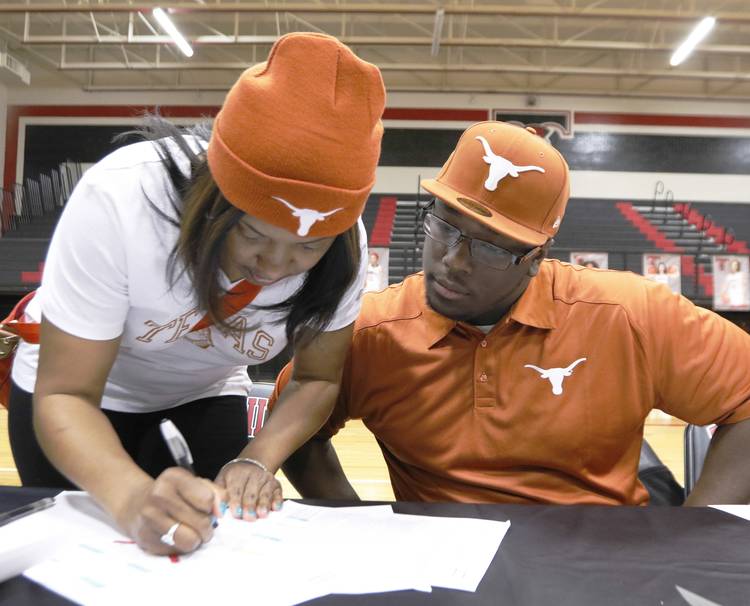 Chris Daniels was once committed to Oklahoma but left the Sooners’ class last month and a few weeks later, the 4-star defensive tackle signed with Texas. Now he can’t wait to get here.

Just the thought of me living in Austin in a few months, gets me pumped 🤘🏾🐂 #Hookem

Here’s what people are saying about the 6-foot-4-inch 328 pound tackle who had 61 tackles last season for Trinity:

#Texas' Strong on DT Chris Daniels, former #OU commit: "Told him , 'I'm going to stay on you and we're going to flip you somehow."

Texas moved up to No. 19 in the @247Sports rankings with the commitment of Chris Daniels.

Texas has added third four-star defensive tackle in less than 24 hours with additions of Marcel Southall and Chris Daniels on #SigningDay.

In honor of #NSD. Congrats to my Longhorn boys that signs! #HookEm . Let's ride 🤘🏽 pic.twitter.com/I8fuO9jdnS

I just yelled "HECK YES!" in the middle of algebra. #NSD2016 pic.twitter.com/KjmtHrqNbl