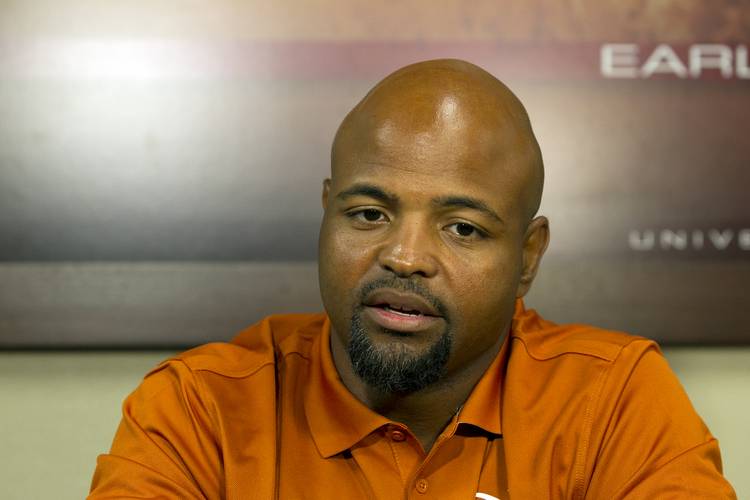 Technically speaking, Texas defensive backs coach Chris Vaughn hasn’t named names, but it doesn’t take a rocket scientist to figure out who he is talking about in recent Tweets.

Could that be a nod to Dontavious Jackson, No. 5 linebacker for Houston’s Alief Elsik High School Rams? A second follow up Tweet reinforces our hunch. (Notice the underlined letters).

What a coincidence: Texas prospect and Aldine Davis linebacker Jeffrey McCulloch also goes by “The Shark.”

This isn’t the first time Vaughn’s artsy side has come to light. Last year, coach Vaughn talked to Statesman’s Kirk Bohls about using colored pencils to paint football portraits and action shots. “I like to think I’m pretty good,” he said.