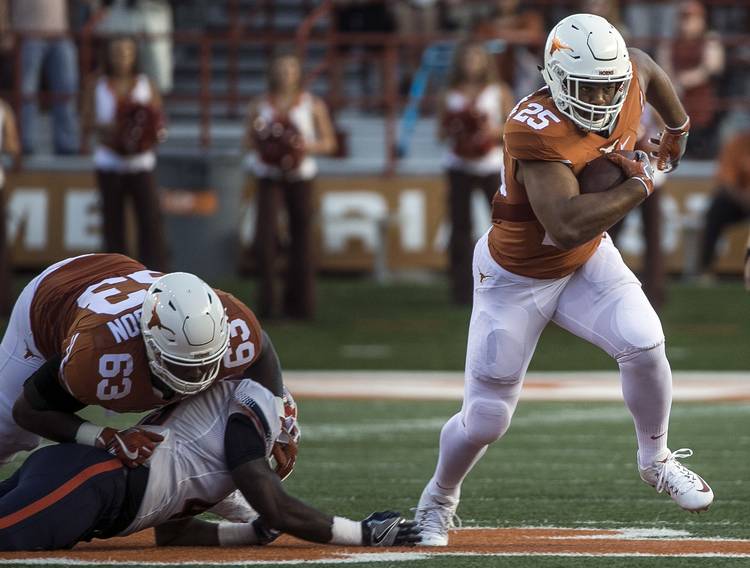 Sophomore running back bulled into the end zone early in the first quarter to even up the Longhorns’ score versus Cal 7-7.

Texas ties it up on a Chris Warren TD run. Third straight week with an opening-drive score. #HookEm

Touchdown Texas. Chris Warren punches it in from 4 yards out.

WATCH THE RUN BELOW: