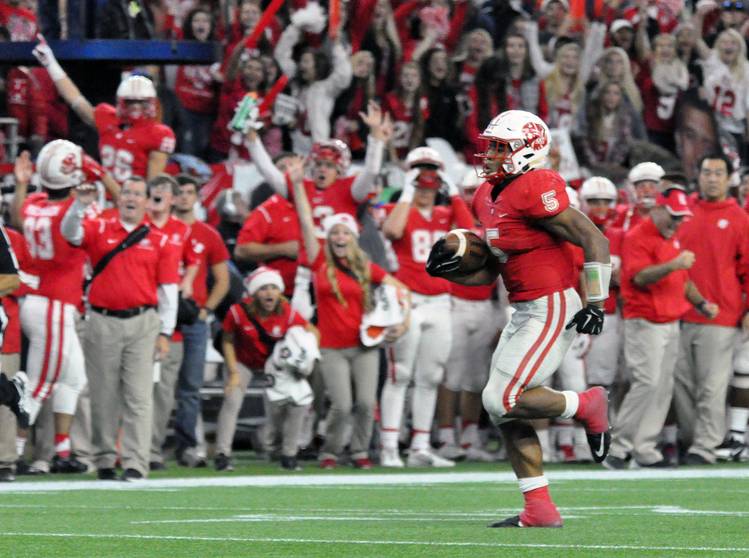 Kyle Porter committed to Texas a day before National Signing Day earlier this month and was one of the first signs that Texas was going to have a big day to follow.

Why was Porter’s commitment a big deal? Other than the fact that he rushed for 1,938 yards and 36 touchdowns as a senior for the undefeated Class 6A, Division I  Texas state champion Katy Tigers? Well, here’s what people have said about him.

Strong told Katy RB Kyle Porter not to call unless he was committing. Phone rang Tues. "I said, ‘Oh, this is going to be interesting.’"

Katy running back Kyle Porter commits to UT today. Great kid, great player. One of the top runners in the country. https://t.co/aje1UMi01Q

Kyle Porter for Katy! Wow. Just turned the game on to see him run for his 5th td. This kid is a stud. I want him in Fayetteville @CoachSings

Porter missed four games last season with an ankle injury and still found a way to rush for nearly 2,000 yards and become a touchdown scoring machine. He scored five touchdowns alone against Manvel in the state playoffs, then added three more in the title game against Lake Travis.

Breakfast with Bevo: Breaking down Texas’ Class of 2016 (Part 1)