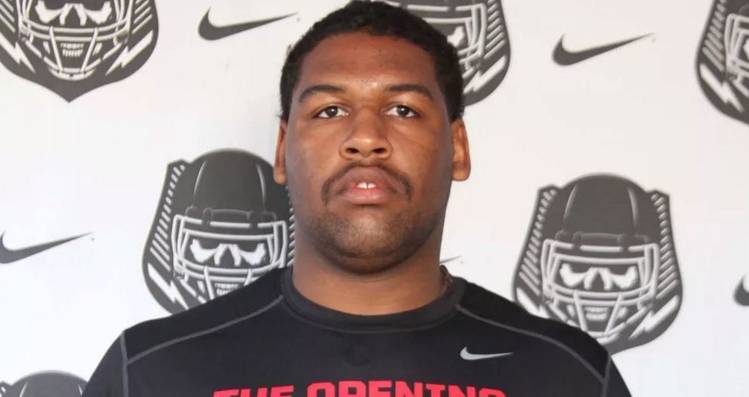 Three-star New Orleans defensive tackle D’Andre Christmas-Giles committed to Texas on the eve of signing day. He chose the Longhorns over LSU and TCU (photo courtesy of seccountry.com)

Here’s what people are saying about Christmas-Giles.

Consensus four-star prospect D'Andre Christmas-Giles knows that big things are in store for the Texas… https://t.co/rMqlgmJ3cJ

Charlie Strong says D'Andre Christmas-Giles "had eight questions for me every day. I told him I can't wait to get you to Texas."

Kyle Porter was a huge commitment for #Texas, but D'Andre Christmas-Giles' is HUGE for Charlie Strong and Co.

So many schools are finally offering & taking notice of the talent of #Vols commit DT D'Andre Christmas-Giles. Underrated talent.

#Vols commit D'Andre Christmas-Giles shoots through the line for a huge play https://t.co/VsOpLnUMus

Texas men’s tennis falls to Baylor on the road

Bohls: Jordan Spieth’s slipping … into yet another green jacket?