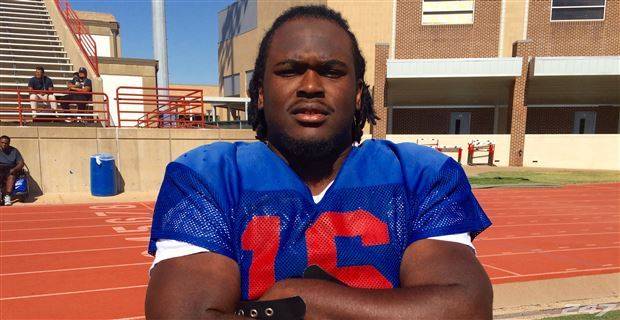 Marcel Southall flew under the radar a bit during the recruiting season as the burly defensive tackle didn’t take many visits and his high school team, Duncanville, was rebuilding. But he wound up at Texas anyway.

I'm interested to see what Marcel Southall turns into. Maybe one of those big DE's or …?

@marcel_southall So glad we got this Beast keeping the Dline tradition alive at Texas! #LetsRide #HookEm

DTs Marcel Southall, Chris Daniels begin what could be an unprecedented flurry of Signing Day additions for UT: https://t.co/zpKauLlhTX

Canes made a very late run at 4-star DT Marcel Southall. Had very, very slim chance thanks to Kool. But Southall ends up picking UT #HookEm

#ESPN300 No. 254 & Semper Fidelis All-America Bowl DT @marcel_southall on an OV to #Texas this weekend.

@marcel_southall Coffeyville has offered a beast of a D Linemen from Duncanville! Lets see you wreck shop in RED! pic.twitter.com/pC9Et8oQNI