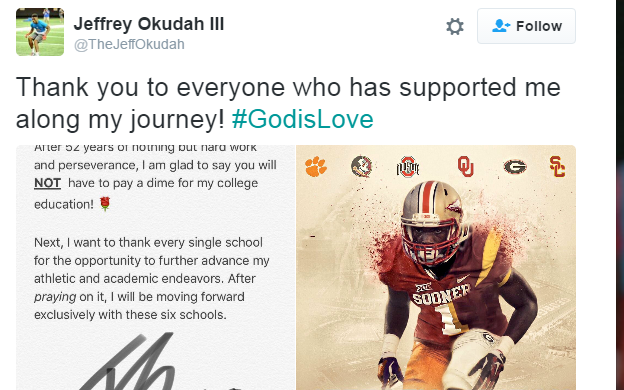 The No. 5 rated player in the Austin American-Statesman’s Fab 55 list will likely not be staying in the state of Texas.

Jeffery Okudah of South Grand Prairie High School cut his list on Monday, and the University of Texas, or any program in Texas, didn’t make his top six. Okudah lists Oklahoma, Clemson, Florida State, Ohio State, Georgia and USC as his finalists for his signature.

Okudah made his announcement just days after his second-place finish in the testing part of The Opening in Oregon last week. Okudah was quiet in team competition, but finished second out of 166 players in the Nike Football Testing.