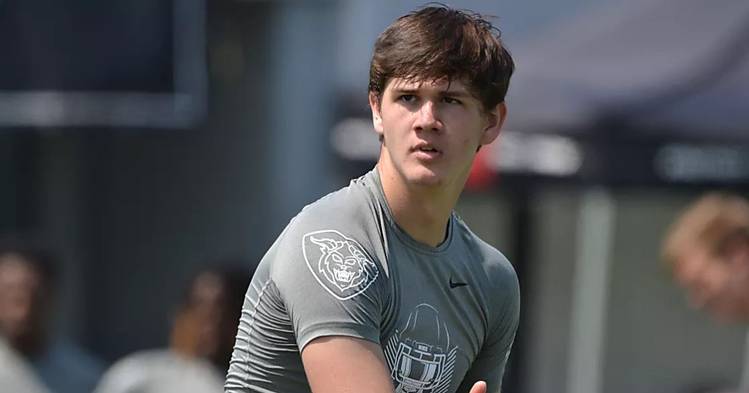 Scouting Gunnell: The prototypical prep quarterback looks like Gunnell. At 6-foot-6, the signal-caller towers over people in the pocket and possesses a strong arm to match his natural size. He made waves as a freshman, passing for 1,438 yards and adding 305 more rushing. But it was his sophomore season that woke up the recruiting world. In 2016, Gunnell passed for 4,970 yards and 71 touchdowns to just 11 interceptions. He’s the top-rated quarterback in Texas for the 2019 cycle and already has committed to Texas A&M but holds offers from most of the major programs in the nation.