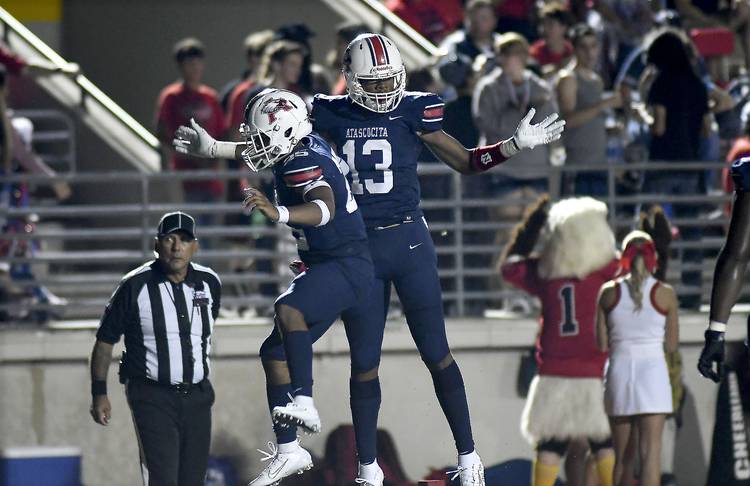 The fickle nature of recruiting in an environment without visits and in-person contact was illustrated Friday afternoon when three-star tight end Landen King de-committed from the Longhorns less than a month since he pledged to Tom Herman’s program on May 22. The Longhorns’ 2021 recruiting class now sits at 10 members, ranks 11th in the nation and first in the Big 12.

I would like to thank Coach Herman and the Texas staff for giving me an amazing opportunity, but I would like to say that I will be de-committing from the University of Texas.

King is expected to commit to Auburn following his de-commitment from Texas. Fellow 2021 prospect, Galena Park North Shore quarterback Dematrius Davis, recently pledged to Auburn, which should give the Tigers an extra advantage in the current cycle because of how respected Davis is among his peers. Davis is a member of the Fabulous 55 and a two-time Class 6A Division I champion.

Texas’ recruiting class doesn’t include another tight end prospect unless three-star athlete Juan Davis of Everman, a prep quarterback and wide receiver, adds weight to his 6-4 frame and moves inside. King is the second tight end in the 2021 class to back away from his Texas commitment, following Lake Travis tight end Lake McRee.