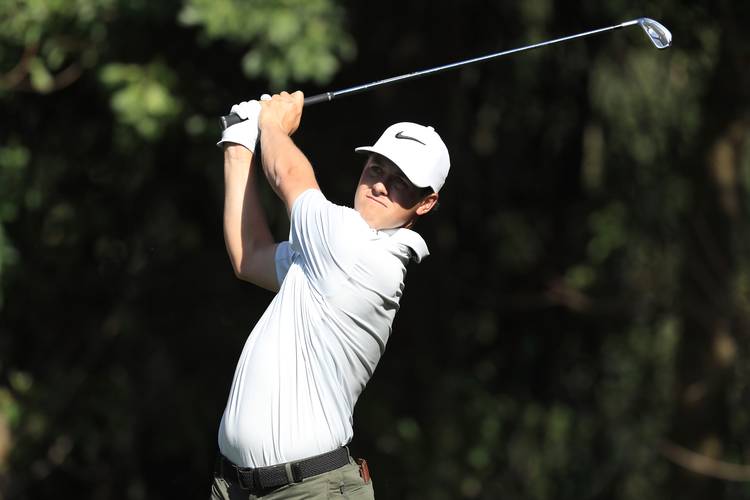 Cody Gribble hits off the third tee during the first round of the Valspar Championship at Innisbrook Resort Copperhead Course on March 9, 2017, in Palm Harbor, Florida. (Photo by Sam Greenwood/Getty Images)

Cody Gribble may not be atop the leaderboard at the Arnold Palmer Invitational, but the former Longhorn still found a way to impress at Bay Hill on Thursday: by startling an alligator on the sixth hole.

Check out the quick action from Gribble, who said “the gator looked like he needed some exercise.”

The Texas Ex even came back to a surprise in his locker on Friday afternoon after shooting a 73 in his second round:

Nice surprise in my locker today after my round! Thanks Sam & Mr. Saunders…great time at Bay Hill. Awesome fans, hope to see ya next year. pic.twitter.com/UVAFTFp6kf