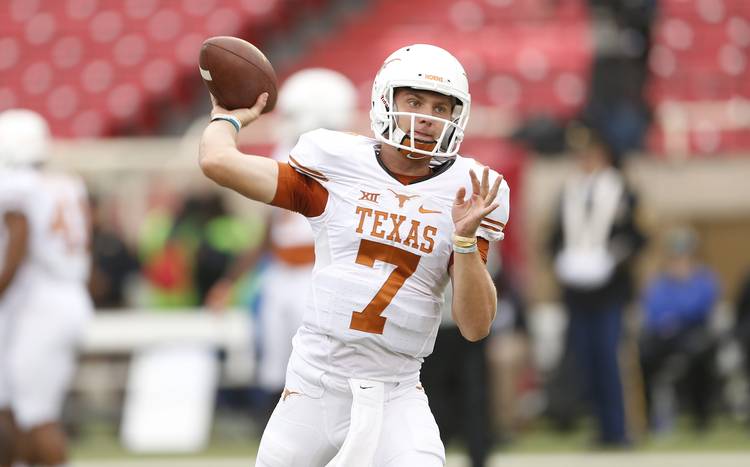 Add Collin Johnson to the list of Texas wide receivers that have caught a touchdown in 2016.

And what a touchdown it was. Quarterback Shane Buechele threw up a fade in the left corner of the end zone, and Johnson fought off a Texas Tech receiver and got his left foot on the ground for the 16-yard score.

The touchdown put the Longhorns up 14-10 with 4:30 left in the first quarter.

Freshman Collin Johnson gets his first college TD on terrific catch in corner of end zone, getting one foot down.