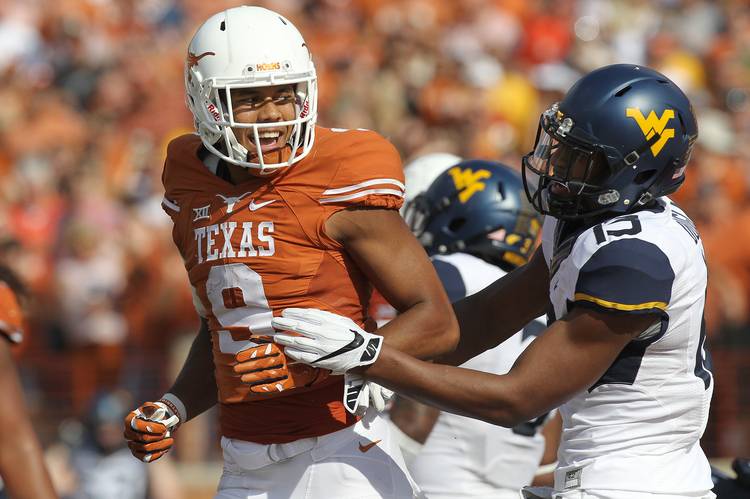 Another year, another back-flip to add to Collin Johnson’s collection.

In May 2016, while presumably vacationing on a beach, the standout sophomore receiver worked on his one-handed ball-catching skills while performing back-flips.

This month, Johnson hones his craft even further, adding this back-flip punt with the aid of his brother and current Texas running back Kirk Johnson. Will there be some punting competition for Michael Dickson this fall?

As a reminder, here is Johnson’s flip and catch from last year:

WATCH: Shane Buechele vs. Michael Dickson trick shot contest – who ya got?