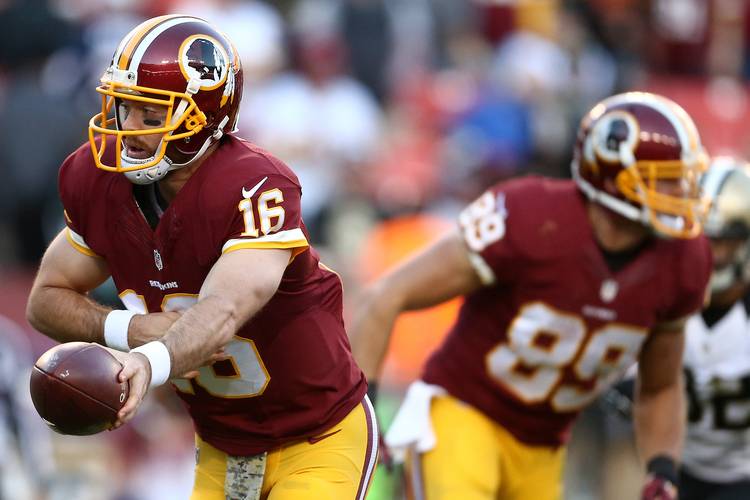 LANDOVER, MD - NOVEMBER 15: Quarterback Colt McCoy #16 of the Washington Redskins drops back in the fourth quarter during a game against the New Orleans Saints at FedExField on November 15, 2015 in Landover, Maryland. (Photo by Matt Hazlett/Getty Images)

Former Texas quarterback Colt McCoy will re-sign with the Washington Redskins, according to multiple reports.

ESPN.com is reporting that McCoy’s new contract is for three years.

The 2016 season will be McCoy’s third in the nation’s capital, and he is expected to again back up Redskins starter Kirk Cousins. McCoy has spent the past two seasons on one-year deals and has thrown for 1,185 yards and five touchdowns to three interceptions in seven appearances.

McCoy, who led Texas to the 2009 national title game, is entering his seventh NFL season.