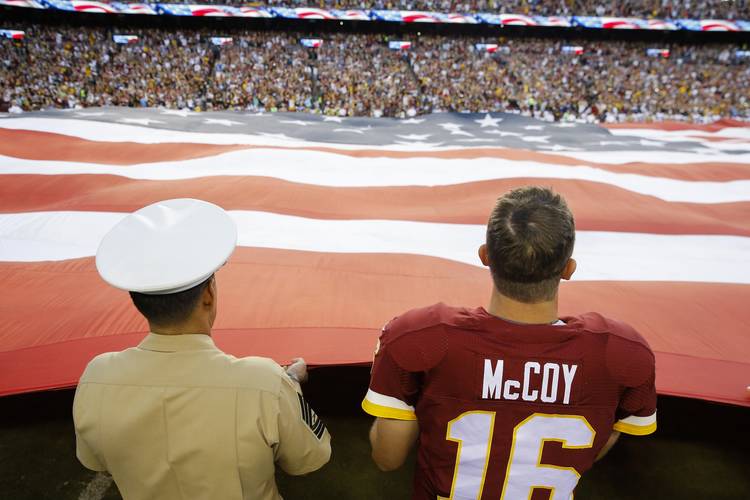 Washington Redskins quarterback Colt McCoy (16) joins a member of the US Marine Corps holding a giant US Flag before an NFL football game against the Pittsburgh Steelers in Landover, Md., Monday, Sept. 12, 2016. (AP Photo/Patrick Semansky)

Colt McCoy is one of the greatest quarterbacks to ever play college football. He graduated with the most wins, and he owns just about every passing record at Texas.

But his career in the NFL has not been as, well, great as his college career. That said, McCoy has found a niche in the league as a valuable back-up quarterback and even signed an extension this offseason with the Washington Redskins.

But he has more than one role with the team.

Yes.  According to this report the Texas legend could have an important role this week with long snapper Nick Sundberg possibly injured. It appears that Washington has brought in some free agents in case Sundberg is out this week, but if he isn’t and injures his back during the game, it’s McCoy’s time to pitch the pigskin back to the punter and holders.

Longhorns in the NBA: Through Nov. 17