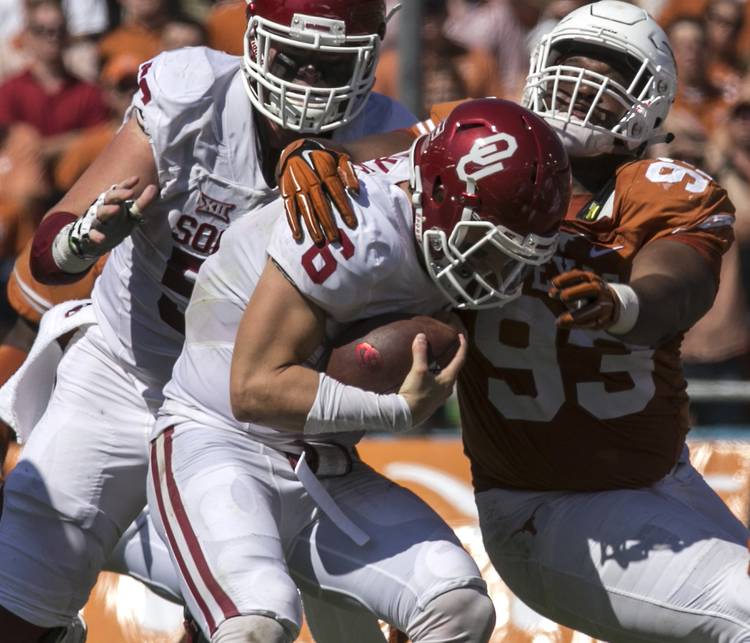 Let’s use Texas’ roster, history and scouting reports to countdown to the start of the 2017 football season. Today, we are only 93 days away from Texas’ home game against Maryland.

Which Longhorn wears No. 93? Nobody. Last year, defensive lineman Paul Boyette, Jr., wore that number during a 34-tackle season. During the off-season, Boyette signed with Oakland as an undrafted free agent.