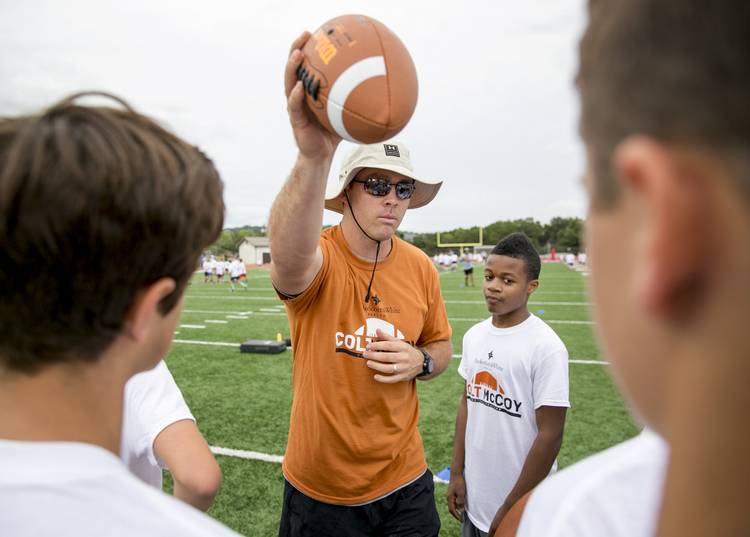 Listen, just because Colt McCoy can throw a pigskin like nobody’s business doesn’t mean that he can do the job of a hard-working Tiff’s Treats employee.

Oh, what? What’s that? I’m sorry, I’ve just been informed that yes, the former Texas Longhorns star and current quarterback for the NFL team from Washington, D.C., can in fact sling fresh, hot cookies far better than any of us mere mortals could ever hope.

On Thursday, the Austin-based cookie company released a new ad starring McCoy performing some stunts that most Tiff’s employees probably don’t see on their job description. It involves throwing. Throwing everything. Watch the video below.